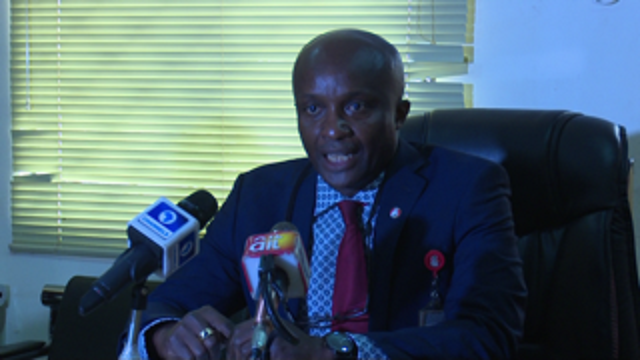 This was disclosed by the Acting Chairman of the Commission, Ibrahim Mustapha Magu who spoke through the Head of the Kano Office, Akaninyene Ezima, at a press briefing in Kano today, September 2, 2019.

Ezima disclosed that the zone was also focusing on cybercrime through intelligence gathering and collaboration with other agencies across the world. ‘’In this zone, we are developing a lot of intelligence in order to ensure that we combat this menace. Of course we are sending a word of warning, the world has become a global village and these days law enforcement is not limited by national borders.

‘’So there are a lot of collaboration between the Commission and other law enforcement agencies in the world. As a result of such collaborations, several arrests have been made and we in the Kano Zonal Office, will make sure we deliver on this mandate and stamp out the scourge of cybercrime.

‘’I want to advise members of the public that not to disclose their bank details to anybodybecause we often receive unsolicited phone calls, emails, asking us for our banking information. There is no bank or financial institution that will call you and ask for your banking details.’’

He further warned that these scams are mostly perpetrated at weekends, when the fraudsters know that it will be difficult for victims to contact their banks.

Ezima also cautioned the public against the prevalence of Ponzi  and other get rich quick schemes while also calling on Bureau de Change operators not to allow themselves to be used as conduit pipes for money laundering.

He disclosed  that the Commission’s Kano Office has started an enlightenment campaign programme on television and radio in Katsina in collaboration with the Katsina State Government, to educate the people on the ills of corruption and financial crimes..