Home Guest Viewpoint Who Has The Influence In The Region Ghana Or Nigeria? – By... 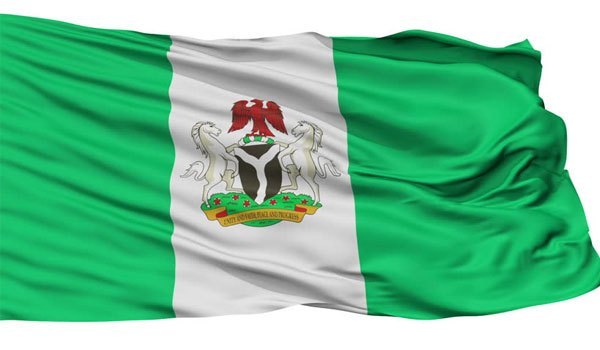 One in ten of every black man is a Nigeria. Is this empirically true or just an expression to mean popularity? The later is correct. But how does that help a country that is almost at the tip of drowning? The popularity of this nation did not have impact on the economy, neither is the population. What the popularity suggest is fear and everything the white man does not want. Nonetheless a few of this popularity has been towards uplifting the country, landslide victory and breakthroughs in arts, science, sports and business. But few of these impacts are still unfelt, and those back home are working to undermine these few that are working to pull the country out of this terrible state. What the population created was simply a consuming market for imported goods from around the world. With the GPD down, burrowing skyrocketing and huge infrastructural deficit, Nigeria is way better from what white house thinks under Obama. And way worse than what they had anticipated by given General Buhari their support in 2015 Presidential election.

The greatest mistake the Obama administration made was supporting President Buhari against all economic indices observed under President Goodluck. If they really meant well for Nigeria but what most people in Africa do not know is that Americans will always think of what is more favourable to their own economy before what is best for a black man. Lybia for instance. With what happened to Goodluck under Obama one will concluded that Obama wasn’t in control of his Government. Of course we know that he does not write or drive the African policy. Someone with connection with secret service did, or a politician in foreign affair must have drawn it, and he has to go with it because he was advised that it is the way things must be in Africa.

Does Obama like Nigeria? I do not think so. Ngozi Okonji-Iwuala was knock off the World Bank Presidency because Obama chose someone better? No, she was more than qualified for the position and from the way international politics is played if he had supported Ngozi who served under President Goodluck it would have meant he was an hypocrite and afraid to assert his influence in choosing World Bank President. Plus the position has been occupied by an American since inception. With her resume she is the only woman anywhere in the world to serve under two democratically elected presidents.

How does Obama visit to Ghana turn to mean a message suggesting Ghana as the regional power? What qualifies a country as a regional power? Economics, military superiority, land mass, peace keeping or population? It is a complex combination of economics and military power. And Ghana seems to be improving in these things while Nigeria under Buhari is travelling the world asking for loans. Nigerian manufacturing sector going down and most businesses moving to Ghana. It seems we are losing the economic superiority. Ghana is now an oil producing country but it will take a long time for Ghana to take over the military superiority of Nigeria. In fact the stability of African continent is dependent to some reasonable extent to Nigeria and how relevant Nigeria continues to be in this regard one may not tell. When trouble knocked in Gambia it is not Ghana that sent troops. It was Nigeria. It was not Ghana that gave the heads up for the invasion of Libya. It was Nigeria but this may not last forever with the current administration nearly making Nigeria broke. Naira might not recover unless there is an economic plan but the assembly of ‘take a bow minister’ will not do it. After all it was Buhari’s minister of finance, Mrs. Femi that said depression is only a word. They should ask Greece what that mean if it is just a word. A broke country can’t pay the military and an unpaid military men will not fights any war. Not in Nigeria or anywhere else, just maybe in one unknown country. And soon our credit power will mean nothing to the rest of the world because they are almost soon leaving the black gold behind to an environmental friendly fuel like solar, ethanol and electricity powered machines.

As at this moment Nigeria military might be fighting in four different areas if situations with shite Muslim is not properly managed. Boko Haram is still an unfinished business, herdsmen crisis deeply dividing the country and taking both religious and ethnic leaning. Of course the ever steady secessionist move and the Niger Delta militia will not go away anytime soon. From indicators Nigeria might still lose it military superiority in the African continent.

What does it even mean that Nigeria has military superiority over Ghana? Is this true? Probably so when you look at both country’s military spending for the past fifteen years and the number of both active and reserve soldiers. Nigerian should know that without economic power a country may not afford modern war machines, highly improbably to arm the number of its foot soldiers.

Nigeria Military expenditure data according to SIPRI shows an increasing military expenditure from 2010- till date except in 2014. It means Buhari’s Government is spending more than what President Goodluck spent without the political results he announced since taken office.

Nevertheless, if these mentioned forces such as secessionist in the East, Militia in Niger-Delta, Shitis in North, Boko Haram in North East, and herdsmen everywhere, eventually disintegrate Nigeria into ethnic nation states, the consequent will be a drastic reduction in the military strength above and grave economic implication.

After Obama’s visit to Ghana our Politicians under President Goodluck cried like babies, and Hilary Clinton came as Secretary Of State and then went to Angola to tell these men in Aso rock that they have no idea what foreign relation is all about. Nigerians have to change the way they are thinking seriously and we got it right under Goodluck what remained was sustaining the trend of economic advancement. It will be a lie to pretend that there were no corrupt practices under his watch, but the same could be said, even worse of the current Buhari administration. Nigerians now understand what a lying saint the man would make. And for General Ibrahim Babangida and Abdulsalami Abubakar to make comments about corruption under Goodluck as been worse in the history of the country is pathetic. They should watch their shadows. It is not a joke they called IBB ‘evil genius’ and with General Abubakar he connived with the constitution committee to rob this country what could have been a people’s constitution. Who smuggled immunity clause inside our ‘illegal constitution’? Moreover no one could account for what happened to Nigeria oil, Nigerian foreign reserve under his watch and many things were blamed on Abacha. Corruption under Goodluck might be a joke if the current state of these men’s wealth were properly checked and are juxtaposed with realities. We might find out that we are dealing with thieves.

More so is the drive for ethnic nationalities to go their ways. And if that happens over time Ghana might emerge as sub regional superpower in Africa and rarely any of the emerging new nation states with exception of one.