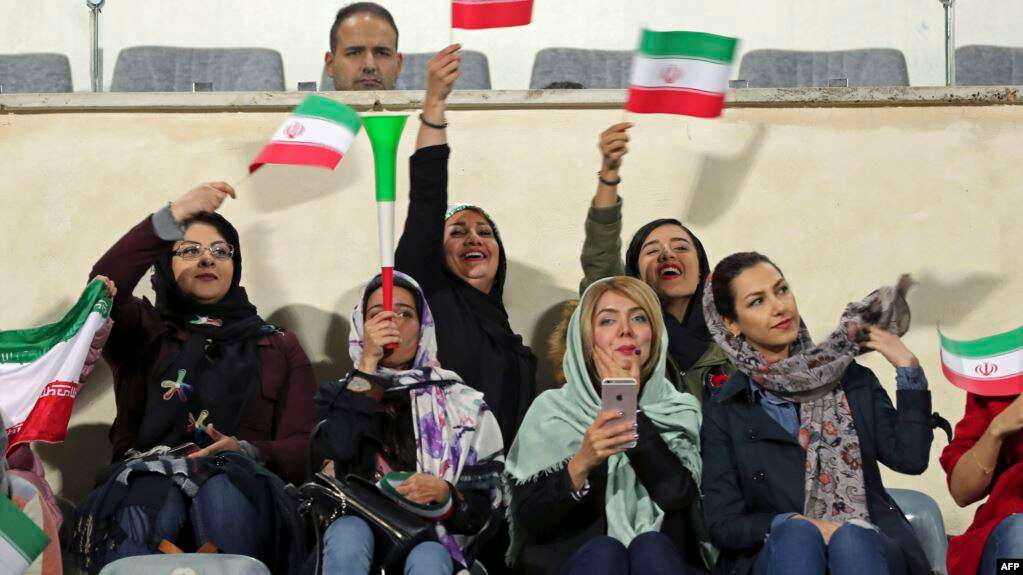 Iranian female fans will be allowed entry into the stadium to watch men’s football World Cup qualifying match coming up in October, in the Islamic Republic.

Though foreign women have had limited access to matches in Iran, Iranian women however, had been banned from the stadium when male teams are playing, since the Islamic revolution in 1979.

FIFA wrote to the Iranian Football Federation in June, asking it to provide a timeline for women to be able to buy tickets for the qualifiers, or face consequences.

The AFC, the Asian football governing body, which has 47 members including Iran, said on Tuesday it was working to help world soccer governing body FIFA, find an “amicable solution” that would allow Iranian female fans to attend future games in Iran.

“There is no legal ban for women to watch football matches in the stadium. The activation of the infrastructure is underway,” Taghizadeh said.

Iranian female fans had long campaigned to be allowed to watch men’s soccer, and occasionally a limited number of women had been allowed into the stadium.

In June, some women were detained by security forces when they went to the Azadi Stadium for a friendly match against Syria.

Last year, some women risked arrest by donning fake beards and wigs to attend a major game in the stadium.

Their pictures and videos were posted on social media.