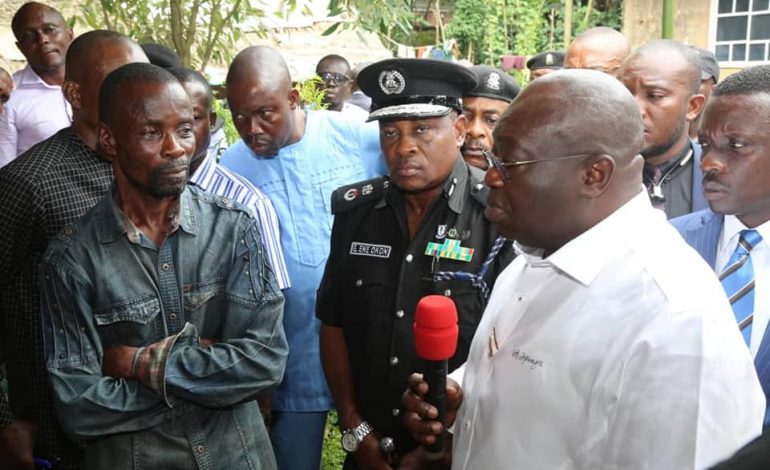 The Abia State Commissioner of Police, Mr Ene Okon, has said that the alleged killer soldier, Private Ajayi Johnson, would be arraigned before Friday.

The police boss made the disclosure in an interview with the News Agency of Nigeria (NAN) in Aba on Tuesday.

He said the soldier was only handed over to the police on Thursday, urging the media to be patient and await the date of his arraignment.

“I am sure that within the week, he will be in court; It may be tomorrow or next tomorrow.

“When he was handed over to the police, we made it known to the media and when he would be arraigned, we would let the media know that we have taken him to court,” said Okon.

NAN reports that Johnson was alleged to have shot dead Chimaobi Nwoha, a motorcyclist, on Aug. 7, in his home town of Umuokereke Ngwa in Obingwa LGA for failing to give him a N100 bribe.

After the dastardly act, the soldier was arrested days later, after which the military authorities tried and found him guilty of failing to abide by military rules.

Brig.-Gen. Solomon Kumapayi, Commander, Nigerian Army 14 Brigade in Ohafia, subsequently announced that Johnson, serving at Ohanze Forward Operation Base (FOB), had been demoted from a Lance Corporal to a Private and dismissed.

He was later handed over to the police on Thursday for prosecution in a court of competent jurisdiction.