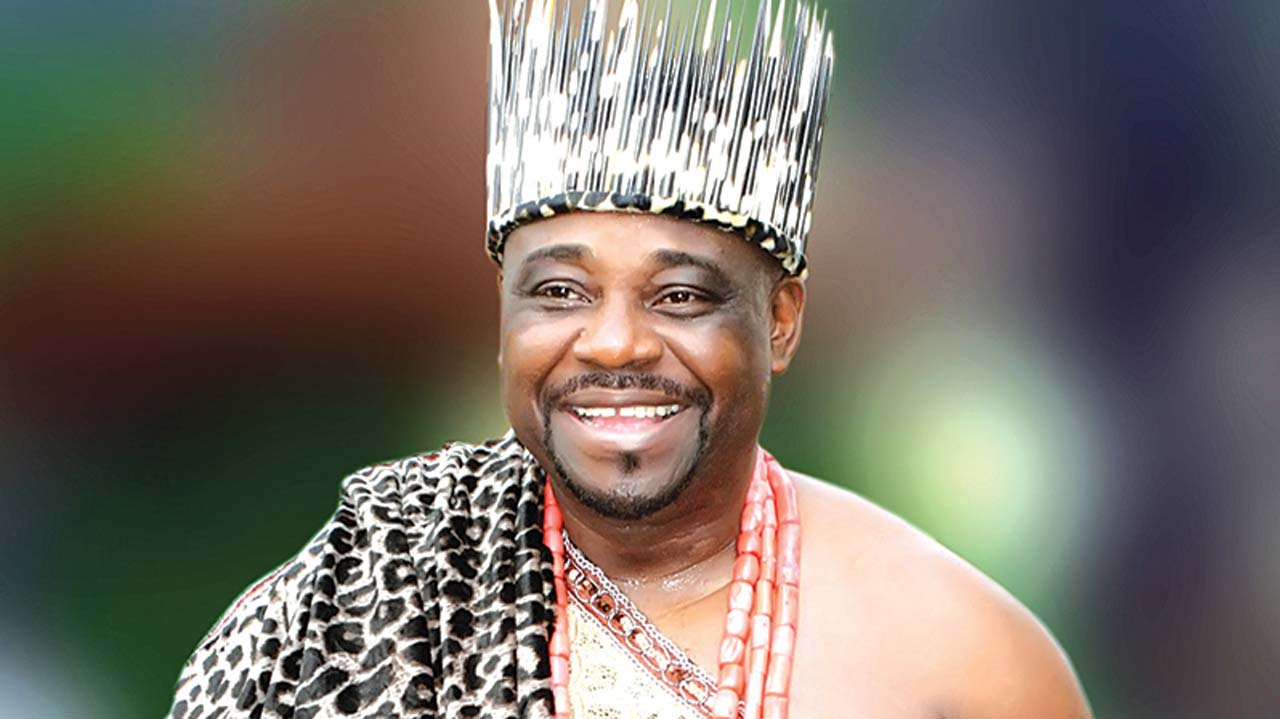 Obi of Obinugwu and Chairman, Igbo Traditional Rulers Forum (ITRF), HRM, Eze (Dr) Cletus Ilomuanya, has vowed that he will ensure that the embattled traditional ruler of Obi-Orodo Community in Mbaitoli Local Government Area of Imo State, Samuel Ohiri, goes to prison for impersonation. Ohiri is currently facing a criminal charge for impersonating to be the chairman of Imo State Council of Traditional Rulers before an Owerri High Court in Suit No. HOW/360/2012.

Eze Ilomuanya, who is also the Chancellor, Federal University, Birnin Kebbi, Kebbi State, equally described Ohiri as “a shameless chameleon and boot licker, who is being haunted by the spirit of late HRM Eze Emmanuel Njemanze and other revered deceased monarchs in the state for his atrocities and the desecration of the traditional institute by Ohiri and former Governor Rochas Okorocha”.

According to Eze Ilomuanya, who was reacting to what he called “unwarranted attack on him” by Ohiri, nothing can save Ohiri from being an inmate of Federal Prisons, Owerri, in no distant time. He said that “Ohiri is a despicable low life, rude upstart and drowning man”, who desperately wants to use his name (Eze Ilomuanya) for publicity stunt, pointing out that Ohiri is so shameless that he can readily follow a dead corpse to the grave like a fly just to cling to the illegal seat he is occupying.

“This is a man who castigated and abused Governor Emeka Ihedioha and his party during the elections this year. This is a man who branded PDP a party of criminals and looters of Imo treasury, believing that Governor Ihedioha will lose the election. This is a man who worked with the former administration in the State to desecrate and ridicule the traditional institution, forcing monarchs to do “march past” before the former governor. This is a man who advised the former emperor to balkanize communities because of monetary benefits. This is a man who wickedly urged Okorocha to dethrone and indefinitely suspend co-monarchs recklessly. This is a man, who with a few others, advised Okorocha to foist his son in-law on Imo people in other for him (Ohiri) to perpetuate himself on the seat he is occupying unlawfully. This is a man who locked Ndi-Eze’s Council Secretariat in 2015 to stop Imo Monarchs from receiving former President Goodluck Jonathan and Governor Ihedioha (then PDP governorship candidate) from using it for a meeting with the Imo Monarchs. As chairman, I opened it for the meeting to be held and that was why they later came up with my kangaroo dethronement, which of course, the court has quashed. This is a man who openly threatened the traditional rulers before the governorship election this year that anybody whose community votes against Action Alliance (AA) in the 2019 Imo governorship election, risks being merged and the traditional ruler dethroned to a Chief. In fact, Ohiri’s atrocities are endless, “Eze Ilomuanya stated.

Eze Ilomuanya clarified that his legal battles with Okorocha is well known to the public. He said that the court of Appeal in case No. CA/OW/128/2012 ordered his reinstatement as Chairman of Imo State Council of Traditional Rulers on July 5, 2013, while the Supreme Court panel headed by Justice John Afolabi Fabiyi, on March 26, 2014, vide case No. SC. 573/2013 affirmed it. He posited that the Attorney General of the Federation (AGF) and Minister of Justice, in a letter dated August 26, 2018, sent to former Governor Okorocha and widely circulated, also ordered for his reinstatement in line with several court judgments but Okorocha as usual, refused.

He recalled that earlier on May 26, 2014, an Owerri High Court in suit No: HOW/525/2013 which Ohiri instituted against him, told Ohiri in clear terms that he (Ohiri) is an impostor and that Eze (Dr) Cletus Ilomuanya is the chairman of the council. The court ordered Ohiri to pay me N20,000, for bringing “a frivolous and detestable suit” before it.

“On June 24, 2015, when I initiated moves to enforce a “Writ of Execution” of the Court’s order by lawfully seizing Ohiri and everything with him, he quickly ran and paid the money following a tip off by an unknown person. He was indeed very lucky” Eze Ilomuanya averred.

He further opined that another Owerri High Court on April 26, 2017, in Suit No. HOW/409/2014, declared “null and void and of no effect” my purported and kangaroo dethronement”. The court also ordered Okorocha and his gang to pay me Two Million Naira (N2,000,000) as damages. In all, I won Okorocha over 16 times in different courts. These are indisputable facts in public domain, the monarch said.

Eze Ilomuanya stated that Ohiri is like an insect before him, insisting that now Okorocha is out of the way, he will use any lawful means to make sure Ohiri ends up in jail to serve as deterrent to others who may be thinking of emulating Ohiri’s bad conducts as a traditional ruler. “Ohiri is behaving like the proverbial Nza bird who after feeding fat, challenged his personal god to a combat” Eze Ilomuanya stated humorously.