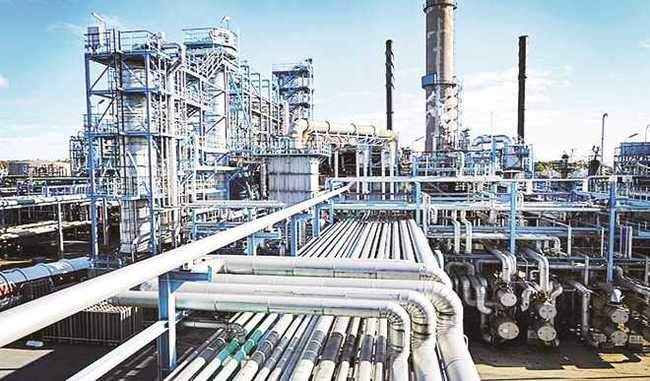 Hundreds of youths and about 500 support staff on Wednesday shut down commercial activities at the Warri Refining and Petrochemical Company, Ekpan, Uvwie Local Government Area of Delta State, over alleged management’s failure to regularise their engagements.

The protesters, drawn from across the Niger Delta states, vowed to continue with their protest and ensure that major activities at the refinery remain paralysed until the management of the Nigeria National Petroleum Corporation wades in immediately resolves the issue.

Our correspondent observed that the protesters had all entrances into the refinery under lock and key, accusing the management of NNPC of reneging on an agreement to convert the contract staff into full staff of the company.

The casual workers, including members of the host communities (Ekpan, Ubeji, Aja-Etan, Ifie-Kporo and Ijala-Ikeren), rebuffed efforts by security operatives, including policemen and officers of the Nigerian Army, to have them vacate the major entrance into the refinery.

The National Secretary of the Itsekiri National Youth Council, Jemi Mene-Ejegi, told journalists that they would not vacate the premises until Managing Director of NNPC visits the refinery to address the matter.

Mene-Ejegi said, “Initially, we wrote a letter and they called us, excluding the casual staff, that the issue will be resolved.

“We told them to attend to the casual staff first. The second time, the same thing happened, which prompted the first protest.”

Addressing the protesters, WRPC’s Chief Security Officer, Hope Akpodiete; and Administrative Manager, Solomon Siakpere, pleaded with the protesters to allow officials who had engagement to be allowed to go ahead.

The protesters ignored their pleas.

When contacted over the demands of the protesters, NNPC spokesman, Ndu Ughamadu, said there was no discrimination in the corporation’s recruitment process, saying that he was not aware of any agreement to convert casual workers to full employee.

Ughamadu said, “We have been announcing the various stages for recruitment. In that advertisement, it was thrown open for all the staff and they were asked to apply. How many of them applied?

“The casuals were also invited; but that aside, we have engaged them. We told them that after this exercise, there is another stage.

“If they didn’t fall into the first category, they may fall into the second category. That is what we are on. We don’t have casuals only in Warri Refinery, we have casuals in all of our subsidiaries, including the headquarters and many of them applied, and they are undergoing interviews now.

“There’s no discrimination in the process. I am not aware if there was any agreement with them.

“I’m appealing to them to exercise restraint. We’ll continue to engage them to ensure that amicable resolution is reached.”