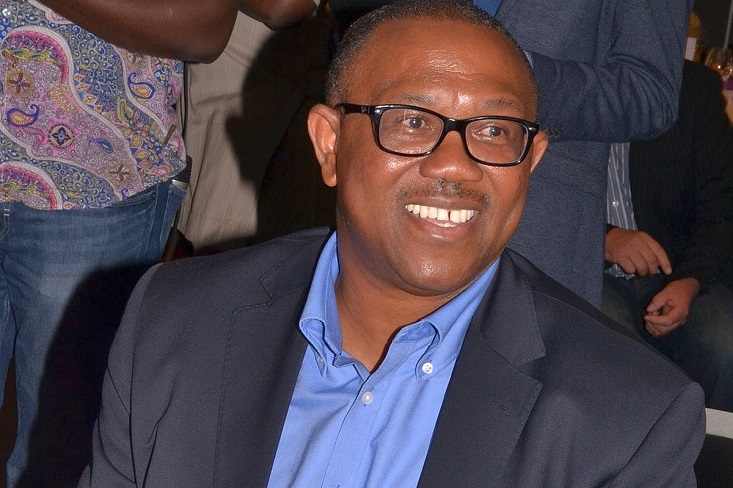 Mr Peter Obi, the Peoples Democratic Party (PDP) Vice Presidential Candidate in the last general elections, has urged Nigerians to keep hope alive as the party will reclaim its mandate through the tribunal.

Obi made the call when he addressed the 8th Stakeholders Meeting of the Anambra Chapter of PDP in Awka on Saturday.

The former two time governor of Anambra, who said PDP was the solution to Nigeria’s political and economic challenges, said the party had a good case at the ongoing tribunal.

“Election in Nigeria is not easy, after the election, you have to still go to court and queue up, and that is where real money is spent in hiring lawyers, but I must assure you that all hope is not lost, and we are progressing steadily.

“The man who is there now has contested for four times before he made it, and we are also confident that in no time, the right thing will be done.

“Nigerians are already disenchanted, so that has made PDP a brand today and marked her out as the only party that can deliver Nigeria,” he said.

Obi applauded the PDP for its ‘impressive’ performance in the last election across the nation , noting that the party won more governorship, national and state assembly seats even in opposite  strongholds.

He thanked the party in Anambra for supporting PDP while urging for more sacrifice from members to enable the party win Anambra in the 2021 governorship election.

Obi promised to stand by the party and help it succeed.

The Anambra PDP stakeholders in a communiqué read after the meeting endorsed the state executive of the chapter led by Chief Ndubuisi Nwobu.

The Communiqué which was signed by Chief Kenneth Enemuo, Dr Rose Nwankwo and Mrs Helene Nwaeri applauded the harmonious relationship among elected members of the party, the leadership and other a members.

The party expressed support for Obi and other contestants who were presently in various tribunals in the bid to recover their mandates while calling on the party leadership at the council and ward levels to build the party.

Anambra PDP stakeholders also expressed unwavering support for the Chief Uche Secondus led national leadership and all its policies and actions to make the party stronger.