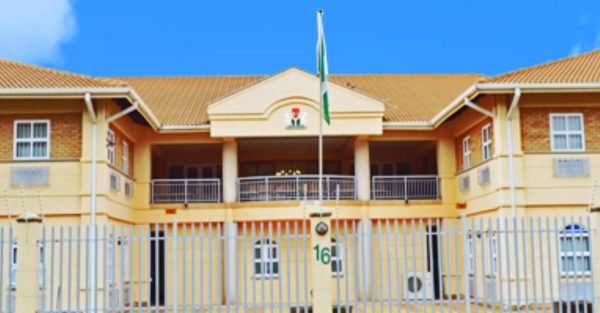 The Consulate General of Nigeria in South Africa has called on social media platforms to exercise restraint over comments on the alleged murder of Mrs Elizabeth Obianuju-Ndubisi.
Mr Godwin Adams, Nigerian Consulate General to South Africa, who gave the advice in a statement on Wednesday, said that some of the comments did not represent facts on ground.
Adams commiserated with the deceased’s family, saying he had met and discussed with her older brother, Dr. Chiedu Ndubuisi, after which they agreed that since the cause of her death was unknown, they should rely on the resultant autopsy report to confirm the circumstances surrounding her demise.
The Consulate General said that he received information about Obianuju-Ndubisi’s death on June 16, and immediately rushed to Emperors Palace Hotel in Johannesburg, where she died, to follow up on the development.
“I met the hotel management, who immediately called in the security officials to brief me on the incident, and was also directed to Kempton Police station, where the case was handled.
“I have been in touch with the family and the Director General of the Insurance Institute in Nigeria, Mr Richard Borokini, to review the case.
“We have requested for copy of the CCTV footages from the hotel to which they have agreed, subject to compliance to section 205 of the SA constitution relating to coronary inquest.
“We have commenced a process through the police to obtain necessary approval; the mission is currently following closely the process and has reported developments to our headquarters in Abuja.
“It was contemplated to have independent autopsy, the family finalised arrangement with funeral parlour to repatriate the body to Nigeria for burial, fixed for July 25.
“While sympathising with the family, we advice that people exercise restraint in some misleading comments in the social media that do not seem to represent the facts on the ground,” Adams said.
He revealed that the said hotel was cooperating in the investigation which had begun, saying that patience was required to get to the root of the matter.
Adams noted that there was no suspicion on the cause of the death yet, since it was a weekend; the investigating police officer was not available.
He explained that on June 24, the Consular was informed about autopsy report, which indicated that the deceased died of circumstances consistent with strangulating.
“At this stage the investigating police officer and the said cousin immediately requested to watch the CCTV-footages in the hotel and this was granted by the hotel management.
“There was nothing that showed there was foul play; they later went to the pathologist to reconfirm and he said he stood by his earlier findings.
“I stepped in to approach the hotel for an independent meeting, as one of the representatives of the Nigerian government in South Africa, and we were given access to footages of the CCTV.
“We did not find anything incriminating; the docket opened by the police was an inquest case, but now alleged murder had been identified, we had to press for murder or culpable homicide,” he added.
Adams also revealed that the mission was not informed about the conference, adding that he immediately rushed to the hotel to find out more on the development when he was told.