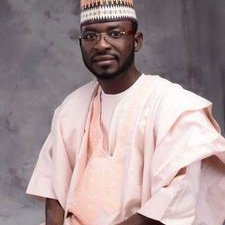 PRESS STATEMENT
The leadership of Correspondent Chapel, Nigeria Union of Journalists (NUJ), Kano state chapter has described the appointment of Hon. Shaaban Sharada as the Chairman, House of Representatives Committee on National Security and Intelligence as not only  commendable, but well-deserved going by his track record as a brilliant journalist and achievements as Personal Assistant to President Muhammadu Buhari on Broadcast Media.
A statement signed by the Chairman of the Chapel, Comrade Ibrahim Garba and made available to journalists in Kano also congratulated Honourable Abdullahi Mahmoud  Gaya (Chairman, House Committee on Petroleum Resources (Downstream), Hon. Aminu Suleiman Goro (Chairman, House Committee on Tertiary Institutions), Hon. Tijjani Abdulkadir Jobe (Chairman, House Committee on Rural Development), Hon. Kabiru Alhassan Rurum (chairman, House Committee on Pension), among other Honourable members from Kano state who were recently appointed chairmen of different Committees in the Federal House of Representatives.
The statement also hailed the Speaker of House of Representatives, Rt. Hon. Femi Gbajabiamila for appointing men of integrity to head House Committees, pointing out that the level of fairness and evenhandedness displayed by the House leadership in the appointment of Committee chairmen can only be commendable.
The Statement further described Honourable Sharada as a promising young leader and administrator whose sterling performance in position of leadership remains an inspiration to the younger generations, while urging him to continue to keep his rudder through as he climb higher to the ladder of leadership positions.
The statement also urged the Kano Federal Lawmakers to use their various leadership positions to attract tangible developmental projects and enact laws that will make positive impacts to the people of their constituency, the common man and Nigerians, at large.
Signed:
Comrade Ibrahim Garba
Chairman
Correspondents’ Chapel
NUJ
Kano State