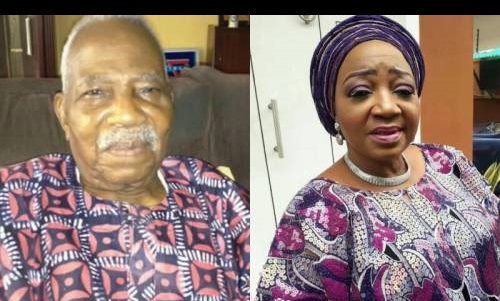 Former Deputy President of the Senate, Senator Ike Ekweremadu, has commiserated with the leader of the pan-Yoruba socio-cultural organisation, Afanifere, Pa Reuben Fasoranti, on the death of his daughter, the late Mrs. Funke Olakunrin, in the hands of gunmen on Benin-Ore road at the weekend.

Ekweremadu described the death as a sad reality of the security challenges facing the country today and the urgent need for recalibrate policing system.

Writing on his Facebook page, @iamekweremadu, the Senator said: “I received with a deep sense of loss the news of the death of Mrs. Funke Olakunrin at the weekend. My heart goes out to Pa Fasoranti and his entire family, the Olakunrin family as well as their friends over this huge loss.

“Meanwhile, this is one death too many and comes as yet another sad reminder of the grave security situation in the country and the urgency of decentralised policing, including state and other lower rungs of police services, to better secure the lives and property of Nigerians”.

Ekweremadu prayed God to grant the departed a peaceful repose and support Pa Fasoranti and the entire family with the equanimity to bear the grievous loss.