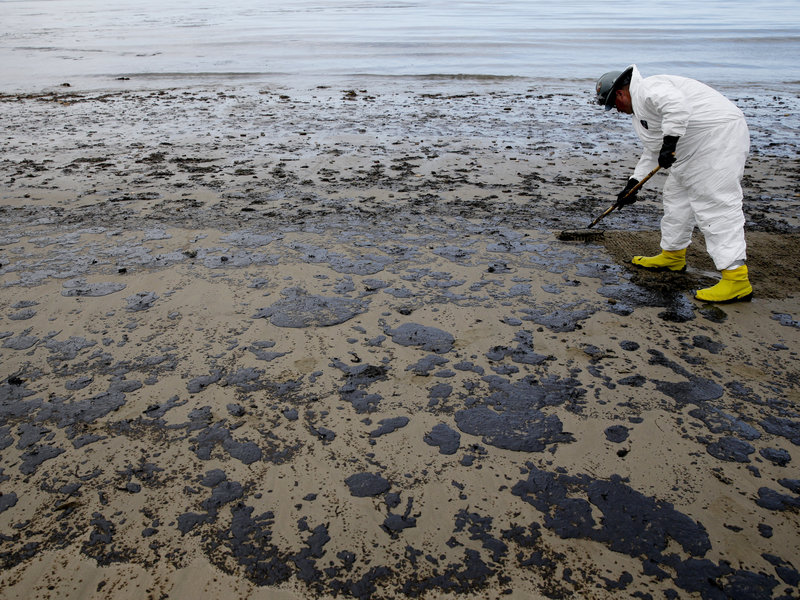 A group, Oil and Gas Producing Areas Enlightenment and Empowerment Initiative (OGPAEEI), has commended the Federal Government and its relevant agencies for intervention in the Bayelsa communities impacted by oil spill of 2016.

Mr Collins Igbabiri, President, OGPAEEI, made the commendation in an interview with the News Agency of Nigeria (NAN) in Yenagoa on Sunday.

Igbabiri said that the response of the National Oil Spills Detection and Response Agency (NOSDRA) to the incident was heartwarming.

NAN recalls that in October 2016 a spill in Shell’s oilfield discharged crude into Ekole Creeks and Nun River and adversely affected 18 communities along the waterways.

He said that the group wrote a petition to NOSDRA over the abandoned oil spill site within Shell’s oilfields in Bayelsa.

According to him, NOSDRA’s response compelled Shell Petroleum Development Company (SPDC) to resume post-spill impact activities in the polluted areas.

He noted that the intervention was a lifeline to the environment as it prevented further degradation of the area polluted by the oil spill and abandoned by the oil firm.

“The appreciation and commendation is prompted by NOSDRA’s action on the October 2016 spill that discharged crude into Ekole Creeks and Nun River and adversely affected Bayelsa communities along the waterways,

“The prompt action of the federal government compelled SPDC which had left the site without remediation and clean up to resume post-spill impact assessment and mapping of impacted areas.

“We therefore appreciate the untiring efforts of NOSDRA, led by its Director-General, Dr Idris Musa and his team of dedicated staff who have insisted that the spill response must meet laid down procedure.

“We give kudos to all the parties that work very hard to ensure post spill impact assessment is carried out in the 18 impacted coastal communities.

“The impacted Obhan Anyama communities in Ogbia Local Government Area of Bayelsa will receive a new lease of life when clean-up and remediation is concluded,” Igbabiri said.

He said that NOSDRA’s template for the post-impact study which included soil, social, health and health impact assessment was in line with the aspirations of the people.

Igbabiri urged the three teams participating in the exercise to extend the exercise to the remaining impacted areas of Okoroma clan in Nembe, Brass and Southern Ijaw LGAs of the state.