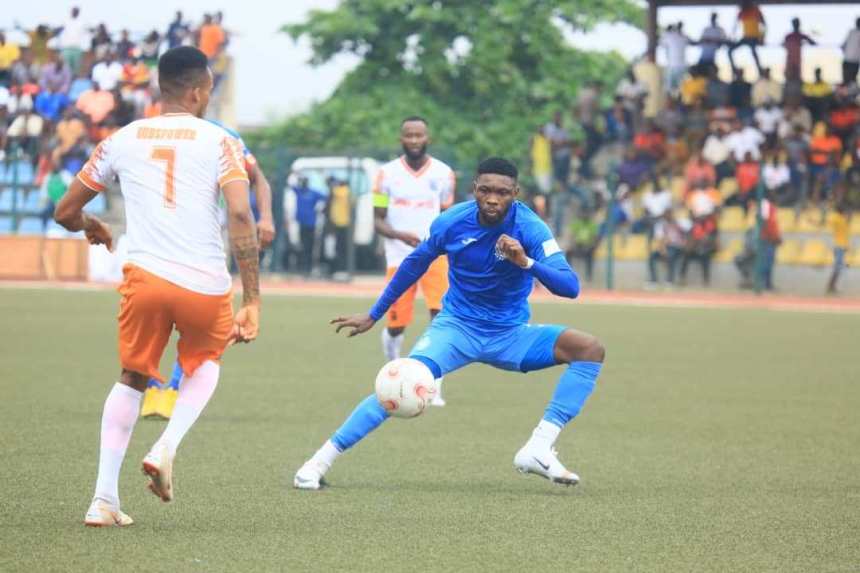 Enyimba International Football Club claimed a record eighth title in emphatic manner on Wednesday in Lagos as they were crowned champions of the abridged 2018/2019 Nigeria Professional Football League (NPFL) season.

The News Agency of Nigeria (NAN) reports that the Aba-based Peoples Elephant on the final day of the Super Six Playoffs at the Agege Stadium beat Akwa United of Uyo 3-0.

Enyimba had emerged for the NPFL Championship Playoffs from Group A of the abridged league alongside Rangers International and defending champions Lobi Stars.

They went on to win four of their five matches, losing only to Kano Pillars FC 0-2, to gather 12 points.

Goals from Rueben Bala in the 43rd minute, Stanley Dimgba in the 60th minute and Bashir Abdulrahman in the 80th minute helped them to put the icing on the victory cake.

Earlier in the day, Rangers International FC of Enugu had beaten FC IfeanyiUbah 4-2 to finish third in the competition and claim the ticket to play in the CAF Confederation Cup.

In the final match of the playoffs, played after Enyimba had beaten Akwa United, Kano Pillars beat Lobi Stars of Makurdi 1-0 to cement their second-place finishing.

It all meant Kano Pillars joined Enyimba in qualifying to represent Nigeria in the 2019/2020 CAF Champions League.

Speaking on their success, the Chairman of Enyimba FC, Felix Anyansi-Agwu, told NAN that their secret was in the philosophy of hard work and focus.

“We have no special thing that we are doing than to focus on the business of football. We work hard and remain focused.

“Maybe we dont entertain distractions in the team, which is very vital to our team’s success.

“For continental football next year, we are going to be at our best. Though many think that it is a familiar terrain for us, but we cannot afford to be complacent about it.

“Enyimba need to do the nation proud again and that will be our target come next season,” he said.