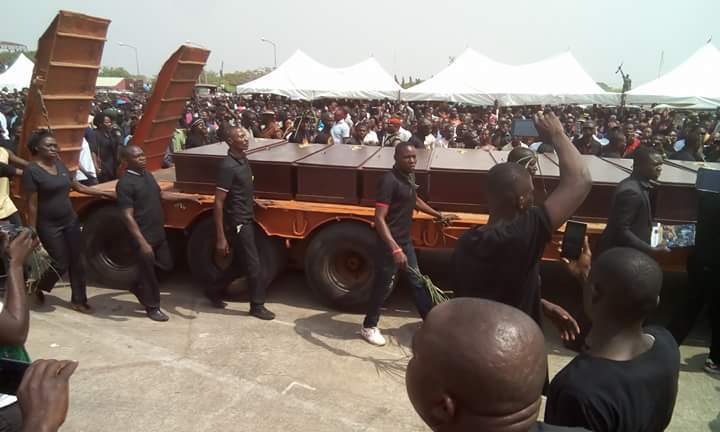 The three main Socio Cultural Organizations in Benue State, the Mdzough U Tiv, the Ochetoha K’ Idoma and Omi Ny’ Igede have vowed to use all constitutional means to resist the establishment of RUGA, a fulani settlement in the state.

They said the move by the federal government to establish fulani settlements is similar to the move orchestrated by the Miyetti Allah Kautal Hore to claim the Benue valley as original settlers.

The group which likened the Buhari federal government to Miyetti Allah administration, stated that fulani people have no right of land ownership in Benue and must not occupy it.

They reminded the FG that as against their RUGA initiative, Benue has a law on ranching in place and must be obeyed by all living within the state.

“We hereby state unequivocally that the Fulani herdsmen have never occupied or owned the Benue valley. The Federal Government under the present leadership and Miyetti Allah are one and the same.

“As regards to Ruga settlements, the people of Benue state are with one voice in stating that, Benue state has an established law, “A law to prohibit open grazing and establishment of ranches 2017”.

“RUGA settlements can not hold.

“The  Land Use Act has vested land within the state in the state Governor and all non-urban land in the Local Government to the chairmen. That the Benue State House of Assembly is constitutionally permitted to make laws for the wellbeing of her people.
That the people of Benue state will resist the construction of Ruga settlements even if it means extermination of our race,” it read.

The Socio Cultural Organization indicted President Buhari of treating the Benue race with much hatred, pointing out that there has been non execution of projects in the state since he came to office apart from his several efforts to grab Benue land and deprive the people from use

“We are in no doubt that General Muhammadu Buhari as a person hates Benue state indigenes to a fault. If not how can a Federal Government turn her back on the huge suffering of over 500,000 internally displaced people in Benue state? How will the federal Government cause the deterioration of Benue state economy and go on to blame it on the people and state Government?

“Since the coming into rulership, federal government has not undertaken any major project in Benue state apart from trying to grab our land for construction of Ruga settlements which may be a proposal of the Miyetti Allah.

“Let it be known that the common man in Benue state will use all constitutional means to resist the illegal occupation of our land.”

They called on all Benue indigenes at home and in diaspora to rise up to the occasion, even as they invite the international community, well-meaning friends, all socio-cultural associations like, Afenefere, Ohaneze Idi Igbo, Middle Belt Forum, South South Forum, the United Nations and all who value human life to come to the assistance of the Benue people.