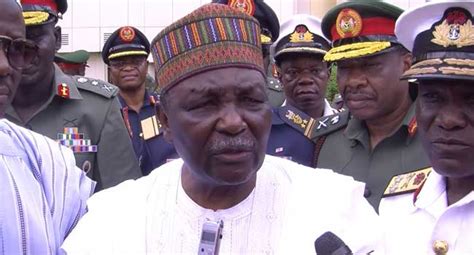 Gowon stated this in Benin, Edo State, at the inaugural Founder’s Day ceremony of the University of Benin Teaching Hospital (UBTH).

He noted that UBTH’s performance since inception, has justified the vision behind its establishment, adding that it has contributed immensely to the strengthening of health service systems​.

He described as relevant and worth endeavor, the launching of endowment fund to raise the standard and quality of service at the hospital.

“What we are celebrating today is the last, present and the future of this citadel of learning, the University of Benin Teaching Hospital and the possibilities that the future holds for the hospital.

That is why the endowment fund being launched today becomes so relevant. It is a worth endeavor geared towards upgrading the institution and health services in the state and the country to a level capable of helping reversing the burden of medical tourism in Nigeria,” Gowon said.

The Minister of State for Health, Dr. Osagie Ehanire, who was represented at the event by Dr. Shaibu Belgore, noted that not all Nigeria’s hospital problems were due to lack of adequate equipment or expertise.

According to him, “About a year ago, it was estimated that Nigeria loses about $1 billion every year to medical service sourced abroad. Outside medical tourism is effectively a declaration of  no confidence in our health system, which we must endeavor to reverse.

“The long air travel involved for care in unfamiliar cultures not only severely strains the individual patients​, it often improvises their families and hurt Nigeria’s economy. We must restore confidence in our health sector by improving all aspects​ of quality of care, cost efficiency and patient experience.

“Not all of our hospitals’ problems are due to lack of adequate equipment or expertise. I can attest that Nigerian doctors and nurses are technically competent, in fact, some hospitals patronized by our citizens in certain Asian countries turn out to be not as equipped or well-staffed as Nigerian teaching hospitals.”

Ehanire said improvement is urgently ​needed in all aspects, from environmental upgrade to tiptop housekeeping, from registration, to focused, attentive doctor consultation.

Earlier in his welcome address, the CMD of UBTH, Prof. Darlington Obaseki, appealed for financial support to enable the hospital put a stop to medical tourism in the country.

He insisted that the hospital was capable of carrying out treatment of every​ ailment for which Nigerians have travel abroad for.

“We don’t have the resources to do these things, so we felt we have to talk to people to help us with the needed fund to enable us do all these things,” he said.

He also announced the naming of the dual-carriage way to the hospital Victoria Gowon Drive, after the wife of the former Head of State, who commissioned the hospital on 12 May, 1973.

The central administrative building was also named after Dr. Samuel Samuel Ogbemudia; the statute of a nurse at the hospital gate after Mrs. Iyalekhue Bello-Osagie.

In his remark, the chairman, management board of UBTH, Bashorun Adedoja Adewolu, who thanked federal government for taking over the management of hospital.

He noted that UBTH was one of six first generation teaching hospitals established by the Yakubu Gowon administration.

National chairman of the All Progressives Congress (APC), Adams Oshiomhole, lauded workers of UBTH who he said have all the years kept the vision of the founding fathers of the hospital.