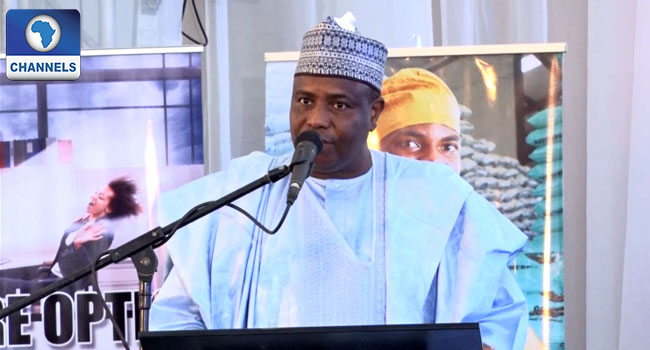 No fewer than 26 persons, including an Almajiri school teacher have been arrested by Sokoto State Police Command over alleged homesexuality, murder and other crimes.

Addressing newsmen on Monday in Sokoto, the State Commissioner of Police, Mr Ibrahim Kaoje said the suspects were apprehended at various locations in the state between May 24 and May 26.

Kaoje said the suspects were arrested following intensified patrols by the police and tip-off from good samaritans.

He said the Amajiri school tutor, Mutala Maude, was arrested for allegedly engaging in unlawful sexual intercourse with six of his male students.

Kaoje said that Maude, a resident of Arkilla Magaji area in Sokoto metropolis, has about 60 Almajiri students in his school and was arrested following a tip-off from officials of the National Human Right Commission.

He also said that two other persons, Hali Custom and Muhammad Dan’yamai, were arrested inposession of different consignment of substances suspected to be Indian hemp.

He added that 12 other suspects were apprehended in posession of cutlasses, knives, swords, axes they use to perpetrate various crimes.

The Commissioner said three persons, Zakariyya Sani, Umar Hassan and Hamza Sama’ila, were nabbed over multiple shop breaking and theft, adding that items worth N4.5 million were recovered from them.

According to the police chief, the two suspects had confessed to committing the crimes.

Kaoje said two others, Ali Ukawa and Musa Bajini were arrested for alleged arming themselves with cutlasses and inflicted injury on one Alhaji Katu of Maikaza village in Goronyo LGA.

He added that six vigilante members popularly called ‘Yansakai were arrested over alleged unlawful killing of one Muhammadu Kadade of Jigawa village in Kebbe LGA.

The police commissioner said investigation have been conducted and all the suspects would soon be charged to court.