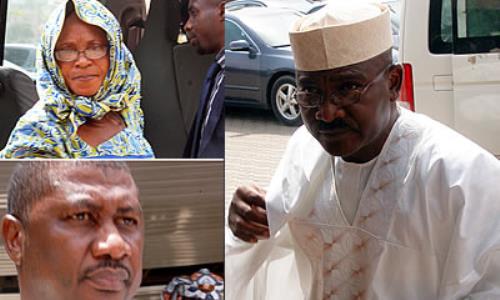 The trial of a former director in the Police Pension Office, Esai Dangabar and others over alleged N14 billion Pension Fraud, continued on Tuesday, May 21, 2019 before Justice Hussen Baba Yusuf of the Federal High Court, sitting in Maitama, Abuja with a prosecution witness, a former staff of Standard Chartered Bank, Mustapha Gadanya testifying on second defendant’s asset declaration.

Gadanya affirmed in his testimony that Veronica Onyegbula, who is standing trial in the alleged N14billion fraud as the second defendant, declared her assets as required by law on February 14, 2012 and didn’t own millions of naira nor properties.

“No amount of money held on her behalf by trustee, membership, directorship, ownership, shareholding or related interest in a company incorperated in Nigeria and outside Nigeria,” Gadanya said.

The witness also said that the second defendant had no other property except a plot of land in Umuahia, Abia State before joining the civil service.

The defence counsel, Adegboyega Awomolo (SAN) pleaded with the court to conduct the trial in absentia for Dangabar, his client due to his health, which was objected to by Jacobs.

The prosecution counsel argued who that it was uncpnstitutional to proceed with a trial in the absence of the defendant, suggesting rather an adjournment.