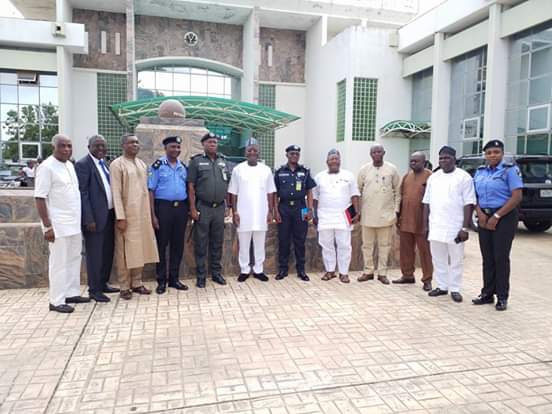 In his quest to halt criminal activities in the Stare, the new Police Commissioner in  Benue State, CP Mukaddas Mohammed Garba has appealed to the people of the state to volunteer information to the police pledging that informants would be adequately protected.

CP Garba who stated this when he paid a courtesy call on Governor Samuel Ortom ptomisrd to cooperate with the Governor and members of the public to ensure security of lives and property of Benue people.

He stated that he had already patrolled Makurdi metropolis in resumption and has acquainted himself with the terrain saying his men will ensure that people of the state sleep with their two eyes close.

The CP noted that he had also met with all the Divisional Police Officers, DPOs, in the state and tasked them against corruption and collecting money before bail, stressing that non compliance would attract stiff sanctions.

Recieving his visitors to Benue Peoples House, Governor Samuel Ortom lamented constant tranfer of Police Commissioners in the state and appealed to the Police Service Commission and the Inspector General of Police to allow Commissioners time to settle down and get used to their commands to enable them gight crime better.

Ortom thanked the Police and other security agencies in the fight against criminality and insecurity in the state saying his administration will continue to support security formations in the state for a safer Benue.

Governor Ortom directed his Special Adviser on Security to liaise with the Police Commissioner and other security agencies to compile a list of all security operatives who lost their lives while defending the state for financial support to their families, saying as breadwinners, they would be greatly missed.

He sued for collaboration among the three tiers of government in order to help the Police secure Nigerians better, saying the force was grossly under-staffed and underfunded.