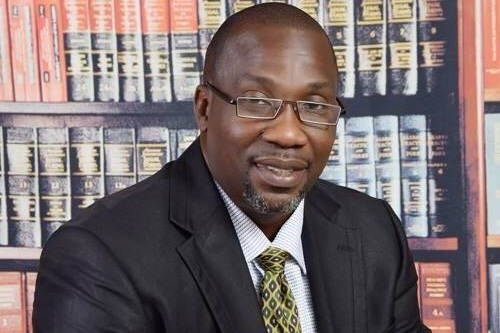 George Uboh, the serial fraudster who has gone to court to stop the Senate confirmation of CBN Governor, Godwin Emefiele, was convicted and jailed in the United states for nine (9) years in 1992 for multiple credit card frauds in the United States and then deported back to Nigeria at the completion of his time.

In fact, the US government banned him, his siblings and several others in his gang from using the US Postal system and financial system.

Uboh, who was also indicted on drugs and narcotics charges in the United States, was also convicted in Nigeria in April 2016 for Fraud and sentenced to three years imprisonment by Justice S. E. Aladetoyinbo of the Federal Capital Territory High Court Abuja, for unlawfully stealing properties belonging to the defunct Police Equipment Foundation (PEF) to his own use.

Uboh is believed to be working closely with criminal elements and disgruntled actors to smear Emefiele, who was last week reappointed for a second tenure as governor of the apex bank by President Muhammadu Buhari.

Buhari has received accolades for reappointing Emefiele who has championed the administration’s agricultural revolution and industrialization agenda.

George Uboh’s sister, Heather, who goes by many other names, is also on the FBI’s Most Wanted List in America.

Uboh, the certified convict runs a tainted company called Panic Alert Security System (PASS), which he allegedly uses to harass, extorts and blackmail people of influence in the society.

He was prosecuted after US law enforcement agents carried out a major raid on a credit card and bank fraud ring led by him in the state of Georgia. He completed his jail term on January 16, 2001.

Exclusive: Desperate To Be President In 2023, Tinubu Orders For ‘Dirts On Political Opponents’ And Promises To Make EFCC’s Magu His Vice

Mr Isah Dara, a former Chairman of Bwari Area Council of the FCT, is dead