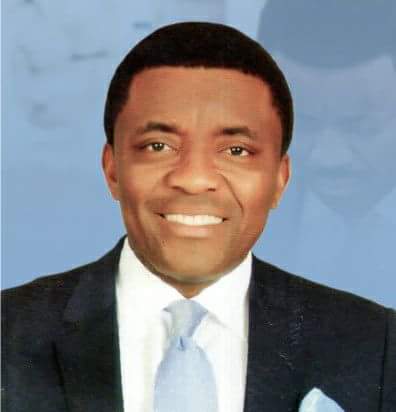 A member of the House of Representatives, Chike Okafor (APC, Imo) has lost his seat.

The member that represents Ehimembano/ihitte Uboma/Obowo Federal Constituency lost his seat to Emeka Nwajuba of Accord Party following a court order.

Nwajuba got his certificate of return Monday in Abuja from the Independence National Electoral Commission (INEC).

Okafor, who is serving his first term in House had few weeks ago declared his intention to vie for the position of the Speaker of the 9th House of Representatives.

According to the lawmaker, who is the current Chairman, House Committee on Health Services, his decision to contest the seat was borne of the need for the Southeast geo-political zone to be adequately rewarded for its contribution to the success of the All Progressives Congress (APC) at the 2019 general election.

He contended that justice and equity demand that the region be considered for the position since other regions have been duly compensated.

Okafor also banked on his ranking status having won the return ticket until the latest development.

The lawmaker could not be reached for his reaction over the development as calls to his mobile phone returned unreachable.

Nwajiuba, in his acceptance speech, while commending INEC and the judiciary for retrieving his mandate, however called on APC leadership to consider the South East in zoning the Speakership of the House of Reps to the Southeast.

He said the APC has made steady progress between 2015 and 2019 in the zone, adding that zoning such position to the South East would lead to national stability, inclusiveness and consolidation.

The electoral body reiterated its commitment to neutrality in election disputes with a promise to provide all requested documents to parties concerned.

The Commission however advised senior lawyer to re-examine the manner of sending junior lawyers to access sensitive election documents from it.

INEC National Commissioner and Chairman, Information and Voter Education Committee, Festus Okoye during the issuance a certificate of return to Nwajiuba said the Commission is committed to obeying court orders.

“On our own part, we are committed to giving all the political parties that are in election petition process whatever documents they want so long as we have those documents.

“We are committed to obeying all court orders whether those court orders are in favour of the Commission or against the Commission. It is now left for the judiciary to use their interpretative powers to adjust on matters,” he said.