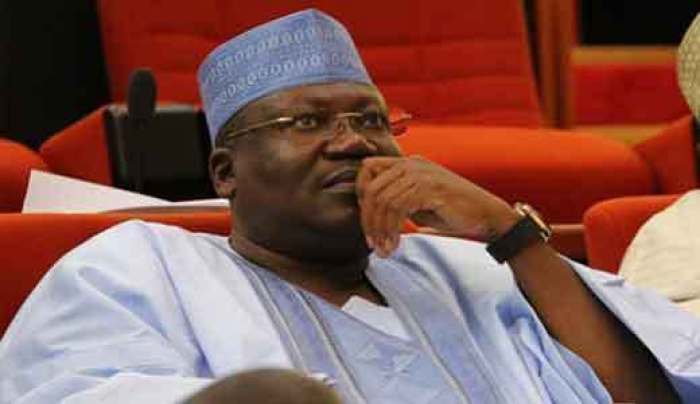 The All Progressives Youth Forum on Tuesday in Abuja, endorsed Sen. Ahmad Lawan for Senate President in the 9th Senate.

The Chairman of the forum, Mr Ife  Adebayo  made this known when the group paid Lawan a courtesy visit in Abuja.

He said the group decided to endorse him not out of sentiment but for the fact that he is most qualified for the job.

“As far as the choice for president of the 9th Senate is concerned, Sen. Ahmad Lawan is the round peg that can perfectly fit into the round hole going by his track record of performance in the parliament in the last 20 years,” he said.

The chairman said besides Lawan’s parliamentary experience that could not be matched by any other contender, he stood out in intellectual capacity as a PhD holder in Remote Sensing.

“We identify with your aspiration and appeal to all senators-elect across party lines to rally round you for development driven leadership devoid of unnecessary rancour with the executive.

Responding, Lawan appreciated the group for its support and promised not to let it and other Nigerians down if he eventually emerge Senate President.

He assured that the Senate under his leadership would not be a rubber stamp.

He said the separation of powers is about specialisation of functions and not acrimonious competition or rivalry in governance.

He added the 9th senate would be an all inclusive one for all federal lawmakers – elect irrespective of parties.

“What matters most as practically demonstrated by the President Muhammadu Buhari’s led government within the last four years in terms of  project execution, is Nigeria and Nigerians.

“It is not political party, or geopolitical zone anyone belongs to,” he said.