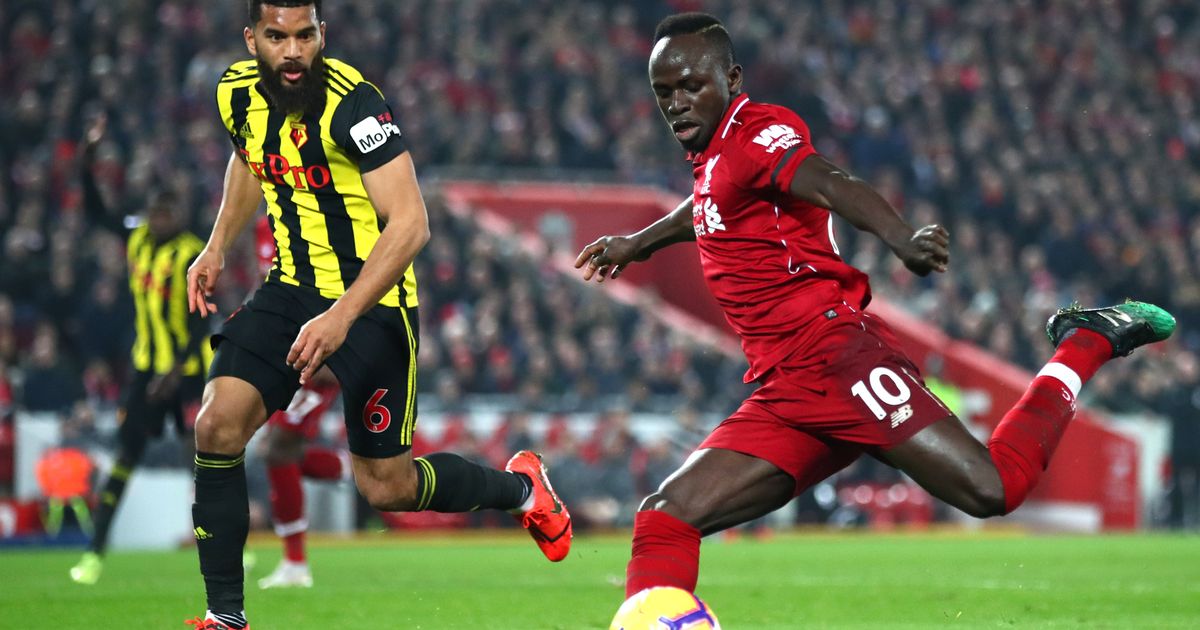 Sadio Mane and Mohamed Salah both struck twice as Liverpool kept the pressure up on English Premier League (EPL) title rivals Manchester City with a 5-0 win on Friday.

But Pep Guardiola’s side can regain top spot with a win at Burnley on Sunday.

It took just 14 seconds for Liverpool to go in front, with Huddersfield defender Jon Gorenc Stankovic giving the ball away to Salah just outside the box.

The Egyptian fed Naby Keita who slotted home off the inside of the post.

Mane headed in the second in the 23rd minute.

The Senegalese met a trademark Andy Robertson cross from the left after Virgil Van Dijk had started the move with a surge out from the back.

On the stroke of half-time, Salah put the game beyond Huddersfield.

He latched on to a long pass forward from Trent Alexander-Arnold and knocked the ball past the advancing Jonas Lossl.

Mane scored his second and Liverpool’s fourth in the 66th minute, heading in a deep cross from Jordan Henderson.

He also went close to a hat-trick in the 78th minute when he headed a Xherdan Shaqiri cross against the post.

Salah made it 5-0 with a simple close-range tap-in from a low Robertson cross.

Alex Oxlade-Chamberlain returned to action as a substitute, his first appearance since suffering a knee injury a year ago.