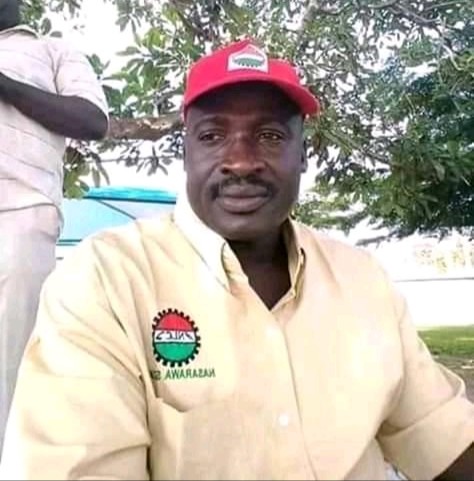 The newly elected Chairman of the Nigeria Labour Congress, Nasarawa State Chapter,Comrade Yusuf Sarki Iya has set up a Conference Review Committee saddled with the responsibility to ascertained how the immediate past Chairman of the Union,Comrade Abdullahi Adeka expended the N4,000,000 released by the State government for the conduct of the 6th Delegates Conference.

The Chairman stated this while briefing Journalists at the end of the Union’s Congress meeting held at Labour House along Makurdi road,Lafia.

He expressed shock over the money released by the State government while delegates wallow in hunger and agony without sachet water to quench their thirst.

Iya while inaugurating the Conference Review Committee tasked them to dig deep to know the amount donated by each Industrial Unions before the contribution of N4M by governor, Umaru Tanko Al-Makura.

Other Committee’s are May Day and Bulletin Committee, the Chairman also announced the selection of Oyishoma Joshua as Secretary of the Union and the Chairman, Nigeria Union of Journalists,Comrade Dogo Shammah as the Assistant Secretary respectively.

Comrade Iya asserted that the new leadership of NLC would ensure it wade into the prolonged strike embarked by Judiciary Staff Union of Nigeria, Nasarawa State Chapter for the interest of Industrial harmony.

On the N30,000 new minimum wage approved by the Federal government,he said the State NLC in would not hesitate to adopt the amount for the sake of it workers.

“We are committed to reinvigorate our civil service, saying happy days awaits workers at the third tier of government”.