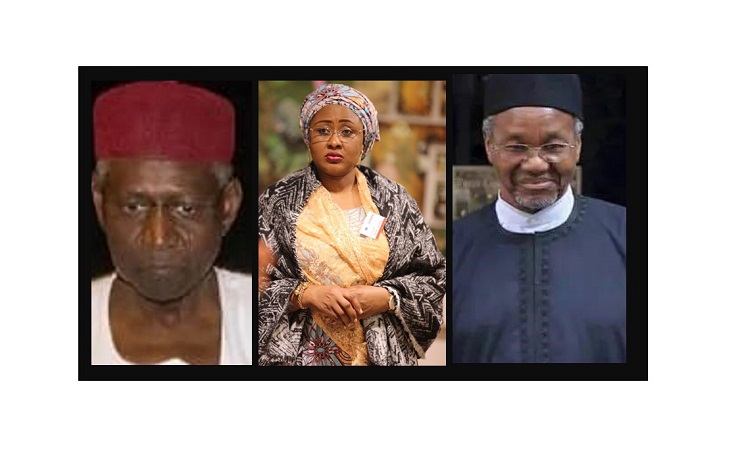 The victory at the presidential election polls may have come in good glory but associated dust appears to rise within close quarters of the Presidency with threats to becloud the continued smooth management of the State Office. This is as information available to 247ureports.com indicate that the power blocks within the presidency has split in two with one battling for supremacy over the other. And at the receiving end is the embattled chief of staff, Abba Kyari. 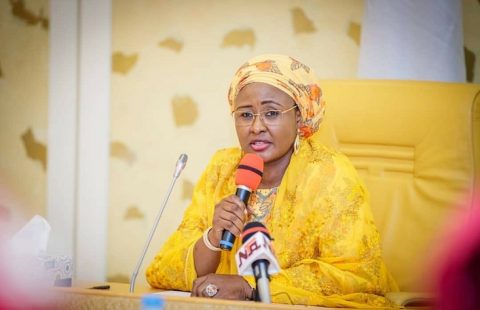 As a caveat, the Maman Daura led power block had been the cabal running the operations at the Presidency and virtually directing all the president’s actions and activities. The Maman Daura led cabal had managed the affairs of the State in a manner that left the President as a mere sitting duck and/or rubber stamp.

During the first four years of the Buhari administration, the wife of the President, Aisha Buhari took unusually bold step to lash out against the Daura led power block. Repeatedly, she spoke publicly while pointing direct accusatory fingers to the cabals. But her outbursts seemed to fall on Buhari’s deaf ear.

With the coming of the second tenure along with what appears a shaky mandate, the battle to dislodge the Maman Daura led cabal has gained wider support and has taken a more tribal dimension.

The Kanuri group within the Buhari administration who has had the upper hand in the control of activities of the presidency owing to the fact the President Muhammadu Buhari’s mother hails from the Kanuri tribe and thus enjoys close affinity with the likes of Ibrahim Magu [EFCC Ag. Chairman], Babagana Monguno [the NSA boss], Abba Kyari and others – are under the control of President’s nephew, Maman Daura. Through this affinity, the Daura cabal had sidelined the wife of President in the battle for control of the President. 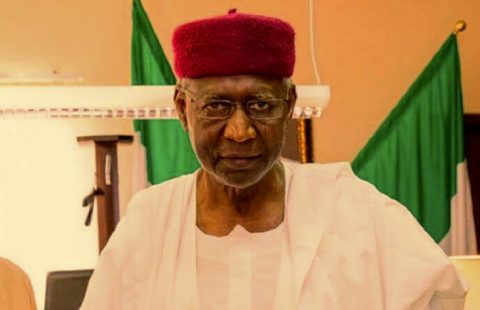 According to a top source familiar with the activities in the security apparatus, relatives of the President including the wife opted to dislodge the influence of the Kanuri within the presidency – starting with the removal of Abba Kyari from the seat of Chief of Staff. A compilation of corrupt activities indicting the chief of staff was presented to the President for appropriate action. Their demands were simple. Sack Abba Kyari and probe him.

The source pointed to the unceremonious exist of the former boss of the State Security Service [SSS], Lawan Daura as one of the causalities of the battle between the Fulanis and the Kanuris within the power block of the Presidency.

Lawan Daura was sacrificed for knowing “too much”. The former DSS boss had conducted a broad sweeping investigation into the corrupt activities of the acting chairman of the Economic and Financial Commission [EFCC], Ibrahim Magu – revealing the many actionable illegalities and financial criminalities committed by the acting chairman. The investigation was conducted under the auspices of the DSS as an organization with the knowledge of the Presidency and the President. The findings were made available to the President and to the Presidency. The President did not act.

In addition, cursory investigation revealed that the chief of staff had served as an obstructionist to the plans and plots of the Aisha Buhari led power block who were looking to convert its power and influence over the President into cash. Aisha Buhari had plans on becoming a powerful and influential first lady in order to influence contract awards and other powerful favors. She had wanted to have inputs on whom is given political appointments in her husband’s cabinet.

But Maman Daura through Abba Kyari beat her to the kitty.

The skeletal structure of President Buhari’s administration was set up by Maman Daura to center around Kyari, the chief of staff. All processes and communications go through him, and only him. This is including all Ministers, Advisers and Assistants, First Lady, First Children and others. As a result, the influence of the first lady was clipped substantially.

Abba Kyari took matters in his hands decided to trap and/or intercept one of the project files which Amaechi had submitted directly to the President for approval. The project is believed to relate to the construction of rail lines for train transportation. Abba Kyari, having laid his hands on the project file which had already been approved by the President, decided to add a few lines querying the project and requesting for answers. The query according to a source was done in such a way that Amaechi would not be able to continue with the project. 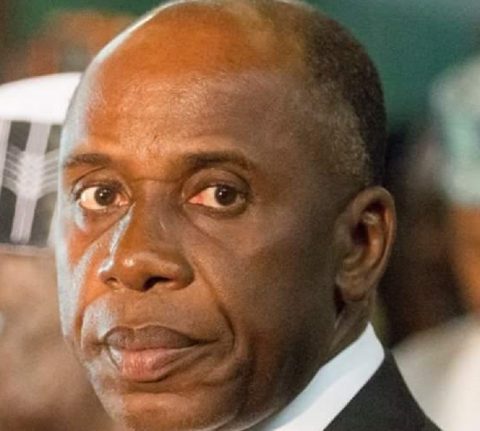 Amaechi did not take it lightly. In hot anger, he barged into the office of the chief of staff pounding on Abba Kyari’s desk threatening to “deal” with him. An exchange of words ensued and the situation was quickly deteriorating to physical fight when nearby security agents restrained the Transport Minister. He was escorted away. The incident was brought to the attention of the President. In his character, the President did not act.

As expected, Amaechi has since joined the Aisha Buhari led Fulani cabal within the presidency. Our source indicates that the Governor of Kaduna State, Nasiru El Rufai is prominent among the new power block detained to remove Abba Kyari.