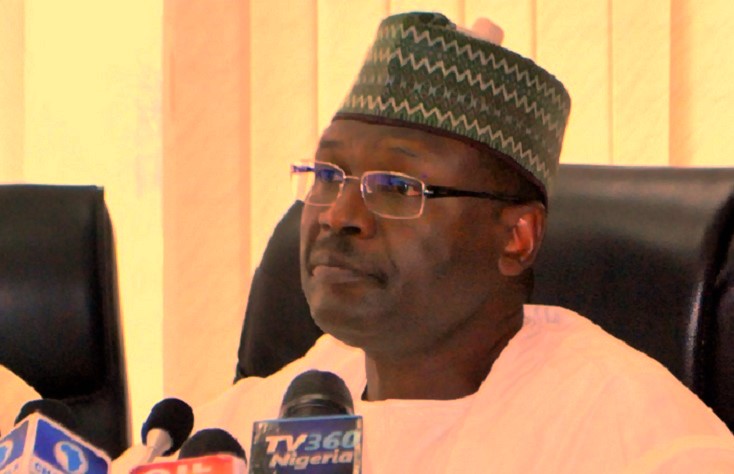 The Chairman of the Idependent National Electoral Commission [INEC], Prof. Mamood Yakubu has reiterated he will not resign. This is following the aborted February 16, 2019 election day.

He made statement at a press briefing in Abuja today with journalists and election observers.

He stated that he draws power from the electoral act which places him as the chief electoral officer of tthe nation. “I will conduct the elections of February 23 and March 9, and I will announce the winner of the presidential elections”.

He also noted that there are no reasons for him to consider resigning from his position as the INEC boss. “I am not under any pressure to resign” stated the INEC chairman who added that noboby is presuring him. He added also that contrary to social media commentators, the Commission is not under sabotage. “We just have to get it right“.

He revealed that the INEC has taken major steps to ensure the election holds on the dates as scheduled. “There will be no more postponement. We are confident in our preparations. The materials have arrived where they need to be and the party agents are happy with the activity at the various states”.

He stated that in terms of security, that the police department remains the lead agency that manages election security. He said that primarily, the military are not involved in execution of electoral process. But “the police can invite the police into the process depending on the situation on the ground.”