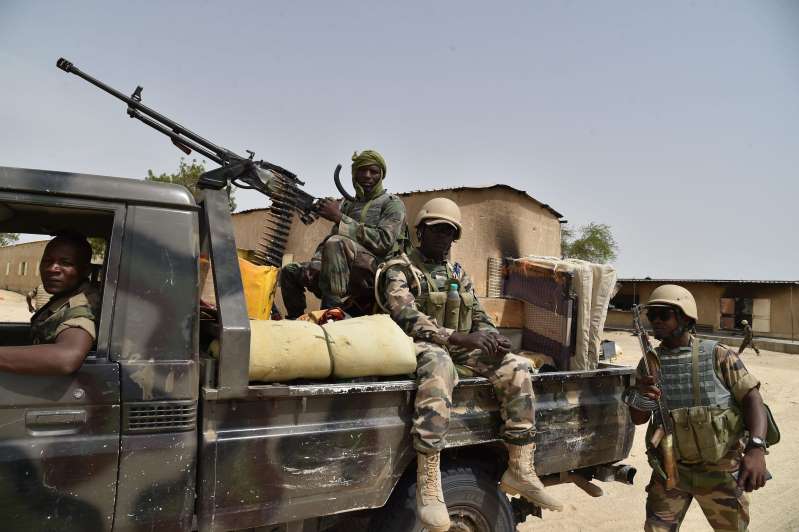 Officials of Myetti Allah Cattle Breeders Association (MACBAN) in Benue State on Wednesday alleged that soldiers killed two of their herders at the Adeke area of Makurdi metropolis.

Chairman of MACBAN in the state, Haruna Ibi, in company of his officials, told newsmen that the bodies of those killed had been retrieved for burial after the matter was reported to the police.

One of their officials who is Ardo of Otukpo, Risku Mohammed, said the deceased are members of his branch.

He explained that they were with their coŵs at about 12noon when the soldiers allegedly accosted them, killed and burnt their bodies.

Mohammed said that the matter had already been reported to the police while the bodies of the deceased were being prepared for burial as at 7:00pm when he spoke with our correspondent in Makurdi.

But, the leader of a patrol team of the Operation Whirl Stroke (OPWS), Flight Lieutenant, Abubakar Mohammed  who patrolled the Adeke surrounding where the incident allegedly happened, denied knowledge of the killings or burning of any corpse.

He told our correspondent on phone that, “I led my team on patrol of the area today (Wednesday) and in the course of our routine patrol, we came across herders with over 500 coŵs.

“As soon as they sighted us, they opened fire on us. So my troops replied and then we left the axis.”

Corroborating the troop patrol leader, the Force Commander of Operation Whirk Stroke, OPWS, Major General Adeyemi Yekini, stated that his men has continued to suffer such encounters with herders on regular basis, such that on sighting troops on patrol, they would opened fire on them.

Yekini added that, “this is the kind of encounter we face everyday whereby herders open fire on our troops. When they (herders) kill us, nobody sympathises with us and nobody cares to hear our side of the story.”