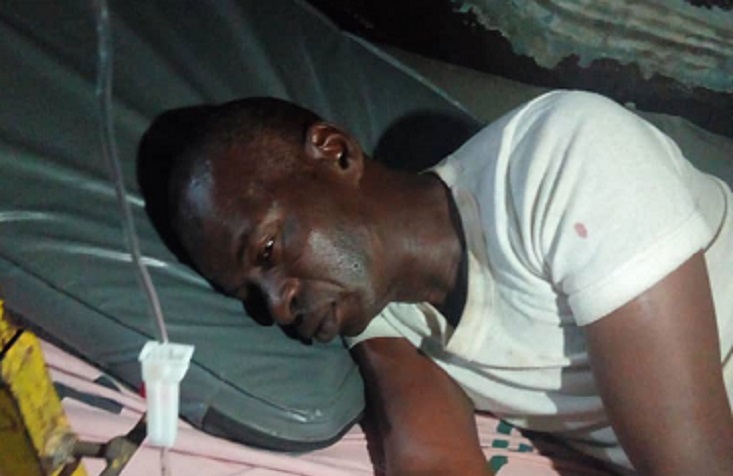 (Viewers Discretion Advised)
It was a rather sad day in Ilorin the Kwara State Capital on Thursday, as factional APC Rally in Ilorin turned violent and bloody leaving several people critically injured.
According to an eye witness report, a rally which was led by a political extremist, Mr Yahaya Seriki Gambari in favour of an outlawed faction of the APC in Kwara State on Thursday, turned violent when Mr Gambari led a retinue of thugs to unleash mayhem on members of the PDP, leaving 2 PDP members in critical health condition.
Ambassador Yahaya Seriki Gambari was said to have been in possession of several arms and ammunitions, including AK 47 and other outlawed weapons.
At Adewole Ward in Ilorin West Local Government Area, where PDP members of the Oke Are zone were gathered for their monthly zonal meeting, in an action which smirks of intolerance and political fundamentalism, the APC members having sighted the PDP at the meeting, started shouting “Otoge Otoge Otoge slogan” .
The PDP members in a sharp rebuttal, retorted with the shout of “Sai Buki Sai Buki Sai Buki “
The intolerant factional APC members led by Mr Seriki, who were outraged by the firm resolve of the PDP members, then turned back and attacked the PDP members by shooting indicriminately at the PDP members.
The shooting left several people injured, while others tried to scamper for safety. As at the time of filing this report, 2 PDP can be confirmed to be in crtical comatose under intense medical condition.