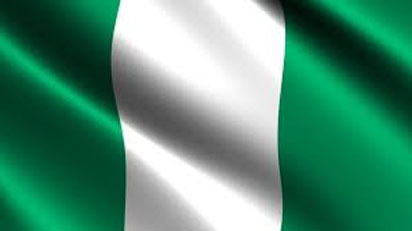 I will start my admonition as I often term it, for this week with an old folktale that is often used as a management guide, but with a little twist, and that is by adding a fourth moral that I term the Nigerian moral to the tale…Here is the story

A little bird was flying south for the winter. It was so cold the bird froze and fell to the ground into a large field.

While he was lying there, a cow came by and dropped some dung on him. As the frozen bird lay there in the pile of cow dung, he began to realize how warm he was.

The dung was actually thawing him out! He lay there all warm and happy, and soon began to sing for joy.

A passing cat heard the bird singing and came to investigate. Following the sound, the cat discovered the bird under the pile of cow dung, and promptly dug him out and ate him.

Morals of the story:

(1) Not everyone who shits on you is your enemy.

(2) Not everyone who gets you out of shit is your friend.

(3) And when you’re in deep shit, it’s best to keep your mouth shut

(4) In Nigeria, you will be ate, and no one really cares…because everyone is actually your enemy, and nobody is your friend; so keep shut always.

Usman Abdulwahab, like Ponfa Philip were allegedly murdered in 2016, victims of many of Nigeria’s ethnographic-religious conflicts, both have families that have been seeking justice for their murder for two years now

Ifeoma was allegedly burned with kerosene oil because she was not able to give birth.

After immediate contact with local police for first filling an information report, Ifeoma’s people were not ready to lodge a First Information Report (FIR), which is a written document common in these parts, prepared by the police when they receive information about the commission of a cognizable offense.

With money changing hands local police were trying to lodge an FIR as a suicidal case but truth is that, it as a murder case.

After three months, Police filed the report while making different excuses. Until now, several hearings have been conducted. However, progress remains elusive.

In any justice system, the role of police is both crucial and vital. In a country like Nigeria, the very sight of a police officer draws hatred and derision from the public. The Nigerian police are heavily politicized and generally geared to serve the political bosses. But is this about them, no…It is about the value of lives.

In the last one week, there have been a sizable number of commentaries, reportorial, editorial, opinions and very little in outrage. Somebody pardon me, but that’s the truth, very little in outrage. We gradually with time have become a people that seem to be losing our humanity and not many are taking notice. Whether it is Shi’ites or the Army that are correct, fact is that lives were avoidable lost…and forgotten they will be, at least to us who watch from supposedly far away.

Where is NANS, that once upon a time strong student body? The Nigerian Labor Congress did not think deaths everywhere is an issue to weigh in on. Just pay the minimum wage and all the killings will stop-ehn. The federal executive council as the General Elections near, are worse culprits, as the best they once did was sickening (taking their turns in condemning the act), but they don’t even do that again.

News reports will talk about several arrests by the police, army and others, but after a while, the voicemail button auto-activates.

Does anyone have any idea how did we got here, where dozens of students could be killed ‘just like that’. And after one week there is no real headway concerning motive, killers and arrests?

I have a vague idea. We got here the same way we got to past unsolved killings of innocent citizens, whether by fellow citizens, or state actors, and no one is/was never held liable. We got here slowly and steadily and we don’t even know yet, that seamlessly we are moving even further. We got here when authorities have no tenable official empathy for parents and relatives of victims of state violence.

Whether it is a boat that capsizes, and some dozens drowned, it just passes off as news. How about those roasted by accidents based on human causes? Nothing just happens to anyone, as long as yours is not involved, we give thanks and carry on.

We are becoming by the day, strangely, defying death in our mean way by a nonchalant unexplainable manner.

Deaths are reduced to rumours, numbers are treated as speculations and subjects of intense debate under sub-headings and titles such as ethnic groupings, faith and political coloration, imagine a newspaper headline reading “15 APC Supporters, Killed or 13 PDP faithful roasted in an accident…No proper sense of closure to any killing or death irrespective of creed, faith or origin.

I say it categorically with time, tell me the killings, give it time, it will be confined to the dirt bin of once upon an event and left with several permutations of who it could have been. Investigations will take forever, while police and other security agents involved will be posted elsewhere and others will die.

All these are for many reasons like the vague ones I have raised…the elite are not killed, their children do not school in danger zones or are not trapped in floods in Markudi, Lokoja or removed places in Anambra or Delta.

Over a decade of heinous murders, no visible headway, phony arrests are made, police statements are contradictory, cold blooded killers get bail and no convictions, we all lose our humanity and become quasi-cannibals. In a community on Port Harcourt over alleged stealing or robbery, students are beaten, and burnt to death in very unclear stories.

As much as I am a believer in the goodness of the real Nigerian spirit, I am also afraid to say that a sizable number of Nigerians have become wicked beyond imagination and for now those few are winning.

I don’t need to re-echo the fact that the government and its security apparatus has been stunned since Mungo Park. I don’t need blame Mr. Buhari, NSA, SSS or the much-maligned police. These persons are not either losing families, or friends like the common man. And even when they do, it is collateral damage.

Life is everyday becoming valueless, we all should be bothered, there is an eroding sense of justice, one law for the rich, another for the poor, one justice for power, the other for those overpowered, one day the proverbial monkey would go to the market, will it return—Only time would tell.