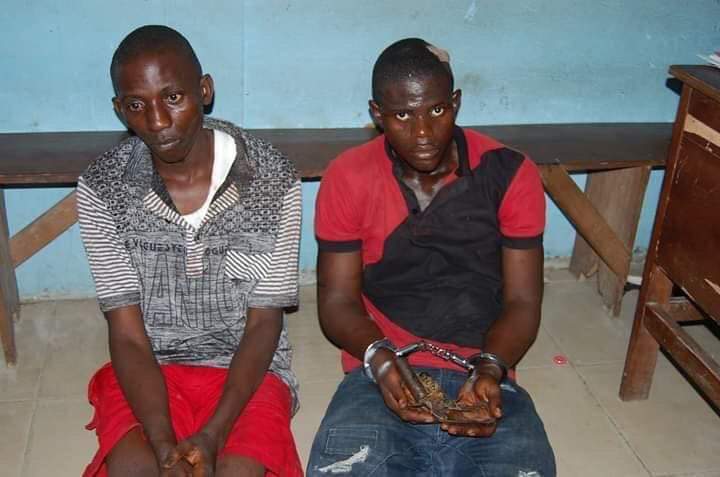 The Bayelsa State Government has confirmed the arrest of two suspected killers of Miss Seieyefa Fred, who was gunned down by suspected cultists on robbery mission in Yenagoa on November 8, 2018.

The Special Adviser to the Governor òf Bayelsa State on Security, Mr. Boss Spero-Jack, said that the two suspects who are linked to the murder of Seiyefa, a one hundred level student of Mathematics in the Niger Delta University were apprehended by the Bayelsa State Vigilante Service on Friday.

According to him, the two suspects, Junior Danumunabo aged 20, from Nembe local government area of the state and one Ezeago were picked up after sustained investigation into the heinous crime at Amarata by 5am in the early hours of Friday.

He said that the preliminary findings indicated that Ezeagi was the leader of the gang who gave the gun with which Seiyefa was killed by Danumunabo.

He said that the suspects have been handed over to the Nigerian Police for further interrogation.

The Governor’s Aide on security added that efforts were being intensified to ensure the arrest of all those involved in the cold-blooded murder of the NDU student.

He assured the Bayelsa citizenry òf the determination the Restoration Administration to continue to the give priority to the protection of the lives and properties of Bayelsans.

Spero-Jack-Jack said that the government would ensure that the state was briefed on the outcome of the ongoing investigation into the death of the 16-year old student of mathematics.

He said that Government would ensure that those who killed her and their counterparts who constitute threat to the lives of innocent Bayelsans are made to face the wrath of the law.

He said that government would continue to give priority to security as a major factor for development and stability in the state.

He urged the citizens to be calm as the security agencies continue with the investigation.