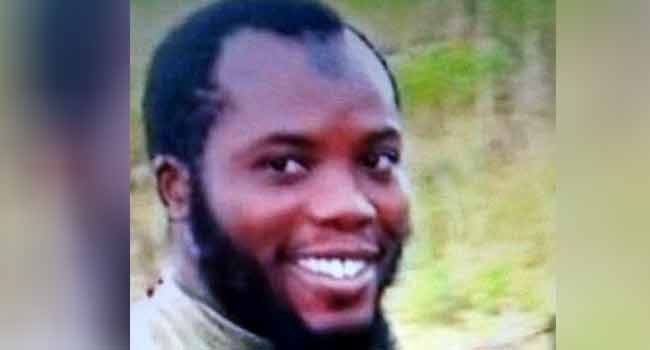 The Nigerian Military says it has killed one of the leaders of the Islamic State West Africa Province (ISWAP) – the Boko Haram factional group believed to have abducted Leah Sharibu.

A statement from the Nigerian Army (NA) on Saturday revealed that the ISWAP media chief, Ahmad Sale, was neutralised in an operation by own troops in conjunction with personnel of the Nigerian Air Force.

“Reports available reveal that one Sale Ahmad Sale a. k. a. Baban Hassan, the leader of Al-Barnawi media group, a faction of Boko Haram was killed by a joint operation conducted by the Nigerian Army and Nigerian Air Force,” it said.

The Army added, “The killing of the media leader is indicative of efforts by the NA to eliminate key members of the sect.

“It is worthy to note that the sect is directly affiliated to the Islamic State and has carried out several attacks against own troops and innocent civilians in the past.”

The Army stressed that the death of the group’s media leader has shown that the leadership of the terrorist group was being targeted successfully by the military.

It assured Nigerians that other key members of the group would soon be apprehended or killed, thus decimating the terrorists and their activities in the country.

The Army disclosed further that it has identified the new leader of another terrorist group – Jama’atu Nus’ratul-Islami Wal-Muslimina, Abul-Fadl Iyad Gali.

“The group is a new terrorist group which Ansaru is affiliated to. In the same vein, the identification of the leader of Jama’atu Nus’ratul-Islami Wal-Muslimina group would enable the NA to target the group effectively using advanced technologies in its arsenal,” it said.

According to the Army, the existence of the group portends grave danger to the nation’s security.

The Boko Haram factional group had abducted Leah and over 100 students from the Government Girls Secondary School, Dapchi, Yobe State in February this year.

Following efforts by the Federal Government for the girls to regain their freedom, the insurgents brought back the girls to the community in March after spending four weeks in captivity.

They, however, kept Leah back in captivity reportedly for refusing to renounce her faith.

She was the only Christian among the girls.

On August 27, online news platform TheCable published an audio clip in which Leah who has been in captivity for nine months now called on President Muhammadu Buhari to help her regain freedom.

In the clip, the 15-year-old who spoke in Hausa had also sought help for her family.

She said, “I am Leah Sharibu, the girl that was abducted in GGSS Dapchi. I am calling on the government, particularly, the President to pity me and get me out of this serious situation.

“I also plead to the members of the public to help my mother, my father, my younger brother and relatives. Kindly help me out of my predicament. I am calling on the government and people of goodwill to intervene to get me out of my current situation. I am begging you to treat me with compassion. Thank you.”

Leah’s stay in the terrorists’ captivity has continued to generate a widespread criticism, although the government said it was making efforts to ensure her safe return.

One of the latest came from the leadership of the Christian Association of Nigeria (CAN) which asked President Buhari to order the security agencies to secure Leah’s release and other innocent Nigerians still held by the insurgents.