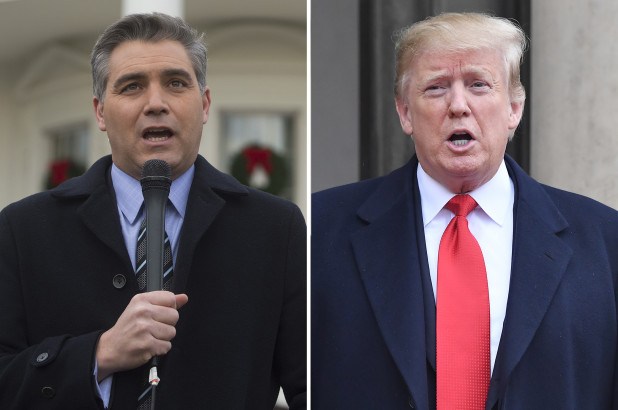 A U.S. judge has ordered the White House to restore the press credentials of CNN reporter, Jim Acosta, rejecting the Trump administration’s revocation of his pass to the building, according to the broadcaster.

The White House said it would comply with the ruling and “temporarily reinstate” Acosta’s hard-pass to the building.

The district judge’s ruling is a temporary restraining order.

The court stressed that the interim ruling did not mean President Donald Trump had violated the First Amendment to the Constitution, which has a strict clause on the freedom of the press.

Judge Timothy Kelly, who was appointed in 2017 by Trump, said the due process rights of the reporter were likely violated and the fuller arguments of the case will be handled further in the future.

“Today, the court made clear that there is no absolute First Amendment right to access the White House,” said Trump’s spokeswoman.

“We will also further develop rules and processes to ensure fair and orderly press conferences in the future. There must be decorum at the White House,” Sanders said.

The case in Washington stemmed from the White House last week taking away Acosta’s pass to the building, after he got into a heated exchange with Trump and then refused to return the microphone to a staffer.

Major media outlets in the U.S, ranging from Fox News to liberal outlets like Buzzfeed, all backed CNN’s appeal to the district court.

“We are gratified with this result and we look forward to a full resolution in the coming days.

“Our sincere thanks to all who have supported not just CNN, but a free, strong and independent American press,” CNN said in a statement.

“I just want to thank all my colleagues in the press who supported me this week. I want to thank the judge … let’s go back to work,” Acosta said as he left the courthouse.

Trump has a history of tensions with CNN and Acosta. The president often slams the network for carrying unflattering coverage that he dubs “fake news” and calls such broadcasts the “enemy of the people”.

The White House has defended its actions, saying CNN has about 50 credentialed reporters and that the move against Acosta was merited.

However, lawyers for the administration have gone further, arguing the White House can chose whom to accredit based on its own criteria.