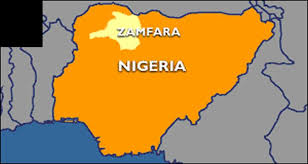 The Civil Liberties Organisation (CLO) has called on political leaders in the All Progressives Congress, (APC), especially President Muhammadu Buhari to urgently call the Chairman of the party, Comrade Adams Oshiomhole and members of his National Working Committee (NWC) to order and refrain from meddling in the election of candidates in Zamfara State and allow the state APC conduct its own affairs.

In a statement on Sunday, the CLO urged the Independent National Electoral Commission (INEC) not to disenfranchise eligible voters in Zamfara state for no fault of theirs in the 2019 general elections.

According to the CLO, “Political leaders in the APC, especially President Buhari must step forward and call erring officials in his party to order irrespective of their positions. If this is not done, it would be a great injustice to the APC supporters in Zamfara state who are now grappling with the threat of being excluded from participating in the 2019 election because some people have vested interests. If the threat by INEC is allowed to stand, the CLO believes this will be a huge setback for many Nigerians who are fighting  hard to entrench a virile and robust democratic culture in the country”.

“As a Civil Society Organisation, we do not wish to take side by commending or condemning any party in the lingering dispute over what happened but we are greatly concerned about the decision to disenfranchise hundreds of thousands of eligible voters in Zamfara state in 2019 over no fault of theirs,” the CLO said.

In a statement personally signed by Igho Akeregha, President of the CLO, the organisation maintained that participation in an election is a constitutional responsibility of every eligible citizen, including the people of Zamfara state noting that “It is their right to vote and be voted for in any election and it would amount to great injustice and infringement on their constitutional rights if they are deprived of voting in 2019 because of the greed and interference by some individuals in and outside the state.

The foremost human rights  group cautioned Comrade Adams Oshiomhole and his APC National Working Committee (NWC) and other vested external interests to steer clear of the internal politics of Zamfara State and allow only the political decisions and choices of the people in the state to count. The CLO noted that the business of which candidate gets what in the lists that would be used for the 2019 general elections in the state is a matter to be decided by only Zamfarans.

“We are appealing to INEC, the National headquarters of the APC and the Judiciary to do the needful by resolving this crisis in the interest of the people of Zamfara state. APC Zamfara state should be allowed to conduct its own business of deciding who vote and is voted for since it is their business to do so. We frown at a situation where those who are outside the state are fuelling disaffection by imposing candidates on the majority of the people. This is not what is contemplated in a modern democratic culture.

CLO attributes the origin of the crisis to the unguarded statement and militancy in the leadership style of the party chairman, Comrade Oshiomhole which we believe is capable of reversing the gains and dividends of democracy that has been painstakingly built in over two decades.

CLO similarly notes that the statement from the Commission has led to unnecessary verbal contest by both the ruling APC and the Peoples Democratic Party (PDP) which at this time in the run up to the 2019 election has the possibility of further heating up the polity. CLO is therefore calling on both parties to refrain from utterances that are inflammatory and are likely to pitch supporters of both parties against one another.

CLO is calling on all those that are affected by the Commission’s position to duly reflect on what transpired and let there be genuine attempt at resolving it in a way that will strengthen our democratic process and uphold the rule of law which is a prerequisite for the success of any democratic rule.

Rather than take the law into their hands, the CLO commended politicians in the state and Zamfara APC for resorting to the court to get justice, saying, “posterity would not forgive those who ordinarily should speak up for the gross injustice being done to the people of Zamfara but have deliberately elected to keep mute because of personal interests or inducements.

The CLO contends that simply because the outcome of the primary that produced one Mukhtar Idris and others against the preferred candidates of some powerful individuals did not favour them, the APC is claiming to have annulled the primaries. The group expressed worry that this undemocratic behaviour is capable of causing disaffection warning the ruling party to respect the political leaders chosen by Zamfara people and allow their wish to prevail.

The Organisation condemns the spoiler attitude of some politicians in the state whose filthy political philosophy is, “if I don’t get it nobody else gets it’ attitude and enjoined all political actors in the  state to work together to promote peace and harmony among the people.

The group counseled that “whatever arrangements that are being made to resolve the crisis should be done quickly and in the interests of the people of Zamfara State. The intervention should be sincere and not that which promotes individualism or the interests of a group purely for selfish purposes”.

As we call on both parties to eschew bitterness in the search for solutions to this new trend in our democratic experience, we also call on the Federal government to look at the issue with amindset that this is a litmus test of our democracy that should be dealt with impartially for the sustenance of democracy in Nigeria.