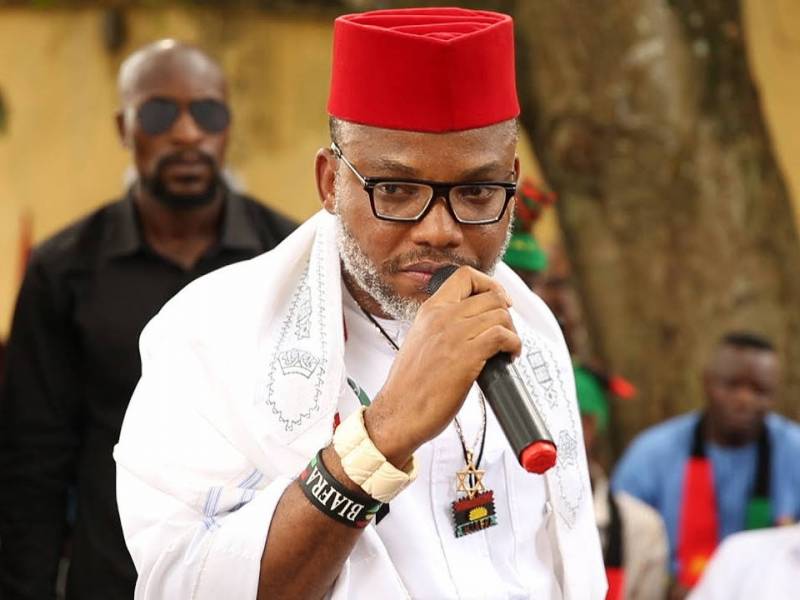 Judging by the lackluster response from the populace towards the once boisterous  Independence Day celebrations on October 1; whatever pretenses there were regarding unity or lack of in Nigeria, has been laid bare for the world to see. Nigeria is not united and can never be under the present militaristic unitary arrangement. Nigeria as a British experiment at nation creation is a complete and total disaster, a failed project of disastrous proportions. It appears the only thing holding Nigeria together is the corrupt tendencies of the badly educated ruling class, determined to hold everybody down as they advance their cabaslistic group interest at the expense of the well-being of the masses.

Voting and electioneering is the only national project they are all bothered about because that remains the only way they can publicly legitimize their criminally corrupt political enterprise. 2019 elections is their sole motivator and rigging remains their one true route into office and endless looting. We the Indigenous People of Biafra (IPOB) and it’s leadership worldwide wish to make it abundantly clear that come 2019, all elections will be boycotted until all those with their warped sense of national unity under the barrel of the gun, see sense and agree to a referendum on self determination.

The only way to enthrone lasting positive change based on liberty, freedom and rule of law is for every right person, both home and abroad, to not only boycott elections but to prevail on their relatives to do the same. It is becoming more obvious as days go by that elections in Nigeria under current constitutional arrangement, is nothing but a sophisticated way for political criminals to ride on the notion of popular mandate, through a flawed system of rigging, to gain unfettered access to public funds. They have no idea as to what democracy, rule of law or governance in public interest is all about. What we have is a political class and electoral machinery designed to promote and enthrone criminality at the highest levels of government.

Ordinary people will continue to suffer and die in poverty and misery until power is returned to ordinary masses through election boycott and subsequent popular uprising.

IPOB will ensure no election is conducted in the South East and South South. We call on the good people of Middle Belt- the Fulani enslaved majority of northern Nigeria and progressive elements in Yorubaland, to join IPOB in locking down 70 per cent of Nigeria landmass during upcoming 2019 general elections.

The continued rigging of elections in Nigeria will never ever stop because Nigeria runs on a system designed by the British to reward unpatriotic criminals, murderers and looters. As long as those individuals allow them unrestricted access to oil and gas fields of Biafraland. Since 1963 to present day, Nigeria has been controlled exclusively by the Fulani caliphate hence the unprecedented levels of hardship, poverty and death under their rule. If we vote in 2019, we would be renewing their mandate to ruin Nigeria the more for another four years. The fake elections held in Ekiti and Osun States recently states shows clearly and beyond every reasonable doubt that voting in Nigeria is useless and counterproductive.

An open day robbery by APC Party through the Independent National Electoral Commission (INEC) headed by Buhari’s nephew in Ekiti and Osun was a perfected coup against humanity and especially the Yoruba nation. Therefore the masses must reason for once and stop every move by desperate politicians to force them to vote next year. The day everybody joins IPOB in election boycott, things will never be the same again, it will improve for the betterment of all.

It is important every Nigerian understand that your PVC is no more useful than a piece of rope around your neck. Only a boycott of elections in 2019 can save lives. Independent National Electoral Commission (INEC) cannot guarantee your vote because they are a Fulani caliphate institution, another version of the Nigerian Army that aid Fulani terrorists in the slaughter of civilians. They are headed by Fulani, they are compromised, they will always rig to favor the core north; the only solution is total boycott. That is the only way to bring the electoral madness and cycle of misery to an end.