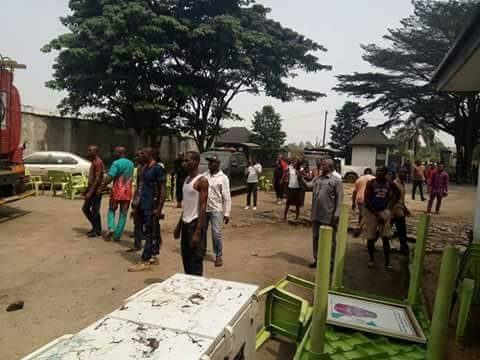 The Deputy Governor of Imo State, Prince Eze Madumere, on Thursday escaped being gutted by fire as strange fire gutted his lodge in Owerri.

Fire fighters on Thursday had hectic time stopping the fire that was said to have emenated from bush fire.

The fire burnt down some valuables in the building but no life was lost.

He called for further investigation into the immediate and remote causes of the incident so as to prevent future occurrence.

The fire which was also said to have been caused by a nearby bush fire also destroyed a bus stationed within the premises.

The quick intervention of fire fighters and staff of he Deputy Governor’s office stopped the raging fire from speeding to the main building.