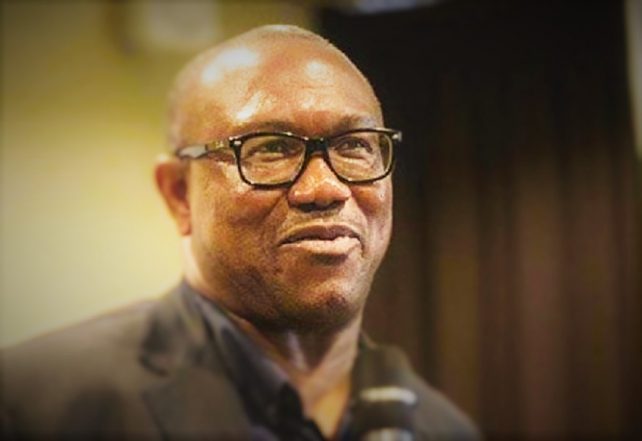 Suddenly, the hoax of N75 billion cash and investments handover in Anambra State in March 2014 is being resurrected. And the disinformation is being trumpeted with greater frenzy this time around. The reason behind this intrigue should be obvious to everyone. This election time is considered most auspicious to deliver the upper cut on the jaw of the Willie Obiano administration. And this assault fits into the well publicised undertaking to abort the reelection bid of Governor Willie Obiano even at cost of grave personal injury.

If we are to believe the outlandish tale that the Peter Obi regime mobilised resources to the tune of N75 b for the use of the successor government, it would follow that the period of its active service witnessed greater liquidity. If this were to be the case, how come that the same genorous administration left Awka the state capital barren, impoverished and in tatters? How could a State Government have so much money and at the same time be unable to provide the citizens with potable water? Does it sound plausible that a regime that took pride in paying workers in the public sector – political appointees and career staff alike – minimal wages would elect to handover significant monetary assets?  If the administration was financially resourceful as put out, it is legitimate to wonder as former Central Bank of Nigeria Governor, Chukwuma Soludo observed, that Obi was unable to leave any landmark project – except perhaps for Amaku Teaching Hospital  – in all of his eight year reign.

It turned out there was no N75 billion cash – assets legacy. The inherited cash balance of the state in March 2014 was N9b while actual investments by the previous administration stood at N35.5b. Since this fact was publicly stated by the Obiano regime in November 2015, there has been resort to wild allegations intended to incite the people against the Government.

There are some specific issues in the handover notes that are irreconcilable to the doctrine of investment the outgone regime claimed to have made for the state. The status of these items in terms of their categories, definition and value are as clear as broad daylight that they do not require any further interpretation for comprehension.

By largely ignoring the self – evident parameters that contradict the N75b figure in their reactions, the Obi camp betrayed the porosity of its defence. What clarification is demonstrated in the divide in which it is stated clearly in the handover note that the state’s bank balances as at December 31 2013 stood at N11.5b only to declare at the unveiling of the documents’ deficits that N37 b was left in the treasury? No meaningful purpose is served brandishing supposedly bank statements on television when the declared balance and confirmed deposit say otherwise. Is the Peter Obi constituency owning up to the unreliability of the handover figures?  This is true of the actual cash situation as it is of some other items because it is established that in the period from January to March 17, 2014, the stated N11.5b was drawn down to approximately N9b, the very sum inherited by the Obiano administration.

There should also be no controversy about the ineligibility of including the Nigeria Independent Power Project valued at N9b in a document intended to list investments undertaken by the Peter Obi regime. The above named investment was initiated and executed by the federal government as a national venture involving the central government and the 36 states. The argument of the Peter Obi camp that the principle of handover admits voluntary and involuntary investments self defeats as the list is not exhaustive of the state’s equity holdings.  Anambra State has stakes in Nigercem Company, Nkalagu and estates in Enugu, Lagos and Abuja. Why were these not included in the handover list in the standard of all receivables? A proper handover note should have distinguished between other investments, carry – over investments and the investments initiated by the Obi regime. The underlining terms are the Obi administration’s investment handover notes.   Anything to the contrary would be misleading as in the present case.

It amounts to playing on the intelligence of Ndi Anambra to say that the previous administration ploughed N1b into the Onitsha Shopping Mall when no such payment was made. What is being presented as investment of Anambra State’s funds is no more than the conversion of the state’s land to 15% equity stake. For the avoidance of doubt, Africa Capital Alliance is the financial investor of the venture.

In the peculiar world of Obi’s investment bonanza, loans advanced to farmers and small scale entrepreneurs by federal institutions such as Bank of Agriculture and Bank of Industry qualify to be declared as investment by his regime. The disbursements for these private schemes are approximately N2.4b. Is the state government entitled to a share of the profits therein? You wonder, we wonder. The entries on Emenite Limited and Orient Petroleum Resources Limited are also misrepresentations of the facts on ground.

The alarm on this disingenuous handover note was sounded very early at the beginning of Obiano’s tenure. Two advertorials, ‘Mr PETER OBII’s N75B LEGACY: FACT OR FICTION [The Nation, Tuesday, April 1, 2014] and ‘THE DUBIOUS DEMAND FOR REFUND OF N7B ELECTION EXPENSES [The Nation, Friday, April 11, 2014], were quite revealing. If it had taken the Obiano regime eighteen months to engage publicly on the subject, it means this is not a precipitate action or witch hunt. But for a last minute change of plan, former Governor Adams Oshiomhole was all set after seven years in office to initiate a probe of Lucky Igbinedion’s regime.

If there was still any doubt that this controversial handover note was largely self – serving, it is erased by the conspicuous omission of the liabilities being bequeathed to the incoming government. Whoever heard of a transition document featuring assets only! Why did the previous regime hide the fact that it was transferring a N106 b debt to the Obiano administration from the public? Saddled with such choking debt unknown to the public, who would be the beneficiary of the inevitable comparison that would portray the new regime as profligate and underperforming?

Navigating these landmines to make Anambra the fourth largest economy and one of the most secure States in the country today is stupendous! It is a feat no amount of vicious propaganda can rewrite. It is a bright new morning saying to desperate godfatherism, Obiano’s good tenure deserves another.