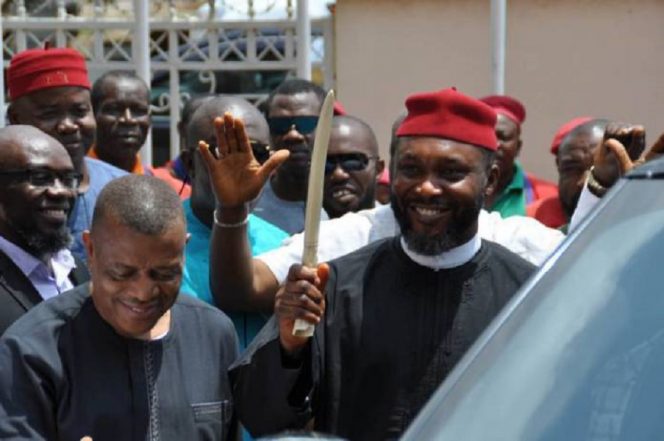 Lead contender and governorship candidate of the United Progressive Party (UPP) in the November 18, 2017 Anambra governorship election, Chief Osita Chidoka has condemned the murder, in cold blood of a staff of Sun Newspapers, Mr. Fabian Obi, in Onitsha, Anambra state.

Loading ...
Chief Chidoka who received the news of the gruesome incident with rude shock and intense sadness, also described it as dastardly and completely unacceptable.

The UPP governorship candidate fully stands with the Sun Newspapers and the Nigeria Union of Journalists (NUJ) in demanding justice through an immediate action by the authorities, particularly the Governor of Anambra state, to track down the murderers.

He insists that those behind this act as well as other killings in the state, particularly the widely condemned murder of innocent citizens in Ozubulu, Onitsha and Okwulobia, must be fished out and made to face the wrath of the law.

Finally, Chief Chidoka commiserates with the family of the deceased, the Sun Newspapers and the NUJ for the loss, while praying for the repose of the soul of the victim.
–