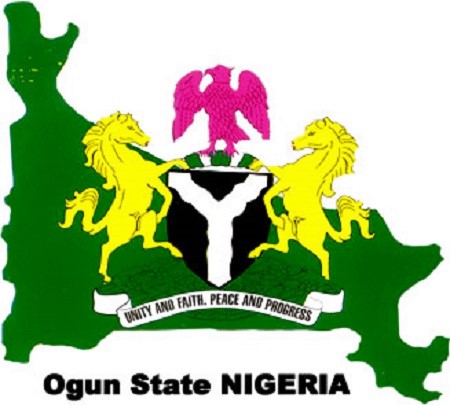 Earlier this year, the media was awash with news that the APC in Ogun State had zoned the governorship slot to a section of the state ahead of 2019 gubernatorial elections. As interesting as it may sound, politicians need to know come 2019; victory at the polls will be determined by a candidate’s portfolio rather than party affiliations.

This is because Nigerians followed the party system both at the state and federal level, but were disappointed – even as the country was led into a deep recession; a situation evident in all the state of the federation, including Ogun State.

Buoyed by the decision of the Ogun state governor to hand over power to Ogun West Senatorial district, not less than seven candidates have lined up for governorship position in the state; even when some of the candidates don’t have the interest of the state at heart.

Amongst the seven candidates, these four, Sen Solomon Olamilekan Adeola (aka Yayi), Mr Wasiu Kolawole Lawal (aka KLM), Gboyega Nasir Isiaka (aka GNI) and Chief Tolu Odebiyi are topping the opinion polls at the moment.

It is berating to the citizens of the state for politicians to think eligible voters will cast their votes on a candidate due to political affiliations or for a candidate that have served with no meaningful achievements. Politicians will be shocked because 2019 elections will differ from the norm.  Some candidates are already focused on the fact that their victory will be determined and influenced by their party affiliations. These set of candidates will rather pay attention to fulfilling their party’s pledge than make meaningful changes that will develop the state.

One can already feel the heat of the forthcoming elections even as the candidates jostle to get their parties tickets. Months ago, some of the candidates under the Peoples Democratic Party (PDP) met with the former governor of the state, Otunba Gbenga Daniel. The former governor who foresaw what is to come advised the candidates under the party to unite while urging them to work towards a grand coalition  instead of forming splinter political parties that will not be strong enough to gain power in the coming election.

While the PDP is trying to unite, the All Progressive Party (APC) at the national level is experiencing a split into three factions – the Bola Tinubu camp, the Abuja Group and Buhari loyalist. This will also have an effect on who to represent the party in Ogun state. This means the party is likely to have more than one candidate for Ogun state come 2019.

There has been wide speculations that Sen. Solomon Olamilekan Adeola (aka Yayi), might succeed governor Amuson on the basis that they both cut an agreement that wasn’t disclosed to the public. Despite the speculations, the Lagos politician is having difficulty tracing his root. He claims to hail from Pahayi Ilaro, Yewa South Local Government of the state. A claim many of the state residents find questioning. This doubt has left many residents of the state asking questions.

Yayi who is currently serving as a senator representing Lagos West Senatorial District in the National Assembly is confronted to give answers to questions that are likely to put a dent on his portfolio. And one question is, “How can a serving ‘Lagos’ top politician suddenly have interest for the exalted position of governorship in Ogun state?”

This question is important knowing that his primary residence and business endeavours are in Lagos. Adding to this, Lagosians are of the opinion that his impact was not felt while representing Lagos West Senatorial District in the House of Assembly. All these leave his motives for wanting to contest for governorship position in Ogun state questionable.

Another top candidate is Mr Wasiu Kolawole Lawal, popularly known as KLM, is currently serving as the Commissioner for Forestry in the state. Even though his impact in office is yet to be felt in the state, he believes his success will come from the fact that he can count on the support of his co-cabinet members and not on popularity based on his achievements in office.

Meanwhile one candidate that seems to win the heart of the people is Prince Gboyega Nasir Isiaka popularly called GNI. The Imeko born technocrat has garnered experiences right from the administration of Chief Otunba Gbenga Daniel. This burdened elite, has highlighted areas of concerns that should be consolidated upon for further development in Ogun state.

As a first class graduate of accounting from the University of Ife, he emphasised the fact that transparency and accountability of public funds are key factors that will enable any state to maximise its resources even as the the state introduces policies that will promote its profitability.

Another crucial area GNI identified is job creation. As a technocrat that has experienced life both in the private and public sector, he believes that the economy of any state should be driven by SME’s. In this light, he plans to create jobs for the youths, create enabling environment for SME’s and empower market women. His portfolio in this regards sterns from his experience in the private sector where impact is measured only by quantum of returns and not just mere presence.

GNI reveals that he is motivated by his desire to bring meaningful change to state. His memories as a young boy growing up at Imeko weren’t palatable as they had their major source of drinking water from the only two popular rivers. And the only health available facility was a government owned clinic, while power was only generated from kerosene lamps. Poverty was their everyday reality. He has therefore seen poverty, felt poverty and breath poverty. While in office he felt the significance of public policy in the life of Ogun state populace. And in this light seeks to make a change. He is close to the people and arguably the most popular name in Ogun state politics.

The third candidate on the popular opinion poll is Chief Tolu Odebiyi. He is the son of late Sen. Jonathan Odebiyi and hails from Iboro, Yewa North Local government area of the state. He’s yet to reveal his drive for contesting, and hasn’t served in the capacity where his achievements can be quantified.  The same can be said for most of the candidates who intend to ride on the recommendations of political Godfathers rather than having the interest of the people at heart.

Uzoma Ngozi is an entrepreneur and a social commentator who resides in Lagos. Facebook:https://www.facebook.com/uzoma.ngozi.52