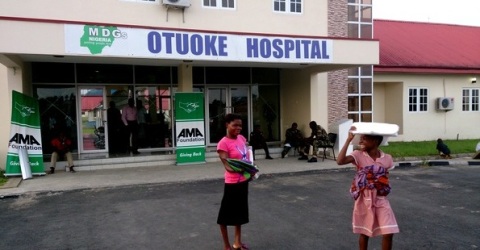 …its days are numbered, says Commissioner

Five more people who were earlier infected with ‘MonkeyPox’ viral disease in Bayelsa State have been discharged from the Niger Delta University Teaching Hospital (NDUTH), Okolobiri where they have been quarantined, the State Commissioner for Information and Orientation, Daniel Iworiso-Markson, has said.

Few days ago, two of the index cases and the doctor affected by the disease were discharged from the NDUTH, following their full recovery.

The Commissioner in a statement issued on Wednesday in Yenagoa, said others currently under strict supervision have been responding positively to treatment.

According to him, so far, the government can beat its chest to say it had “been able to successfully contain the spread of the disease as no new case have been reported in the last few days.”

Giving an update on Monkeypox, Iworiso-Markson Commissioner observed that “with the way and manner the government deployed its machinery and with the team of dedicated health and medical personnel, ‘MonkeyPox’ ‎will soon be fully kicked out of Bayelsa state.”

He commended the government of Bayelsa State, especially the Ministry of Health and its officials and that of the National Center for Disease Control (NCDC) ‎for their efforts in the fight against the disease.

‎The Commissioner also gave kudos to Bayelsans for their cooperation, for particularly adhering to the preventive measures.

He urged them to step up efforts by maintaining a healthy lifestyle and hygiene, wash their hands regularly and avoid contacts with Monkey and other bush meats.

He said from the feedback received from various channels, it was obvious that the public enlightenment campaign, especially in local languages contributed to the defeat of ‘MonkeyPox’ disease.