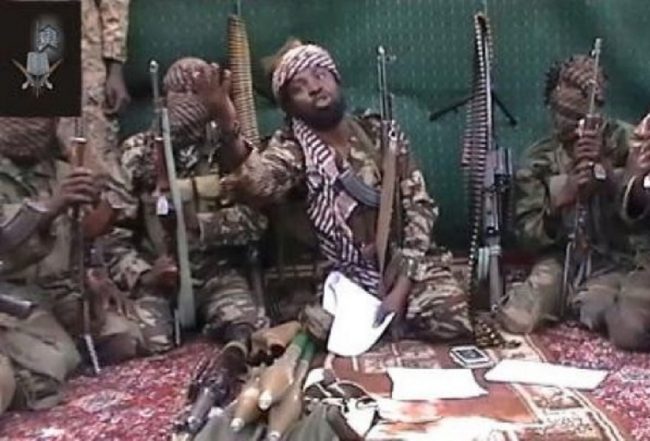 Some high profile cases could not be heard at the trial of suspected Boko Haram terrorists at the Kainji detention facility due to the absence of relevant witnesses in these particular cases before the trial judges.

In a press statement issued by Comrade Salihu Othman Isah, Special Adviser on Media and Publicity to the Honourable Attorney General of the Federation and Minister of Justice and made available to newsmen on Sunday, October 15th, 2017, it was also disclosed that 468 detainees were discharged for want of evidence.

Isah explained that, as a result, the trial judges had no other option than to consequently adjourn the contentious high profile cases to the Federal High Court, Abuja for trial in January 2018 in respect of such cases.

Quoting from an official interim report from the Director of Public Prosecution of the Federation (DPPF), Mr. Muhammad Umar Etsu to the Honourable Attorney General of the Federation and Minister of Justice, Abubakar Malami, SAN dated Friday, October 13th, 2017; the AGF spokesman affirmed that some of the defendants were discovered to be standing trial before the Federal High Court, Bauchi Division of which some cases have reached concluding stages.

The report read in part that, “It was discovered that some contentious high profile cases could not proceed due to the absent of relevant witnesses in respect thereof, and such cases were consequently adjourned to January, 2018 for trial in Abuja division of the Federal High Court.

Twenty-eight (28) suspects remanded to be tried in Abuja and Minna Federal High Courts in January 2018, one hundred and forty-nine (149) cases were heard by their Lordships in the four dedicated courts, 34 cases were struck out for want of evidence and three cases transferred to Bauchi Federal High Court.

It may interest you to note that during the proceedings, some of the defendants were discovered to be standing trial before Federal High Court, Bauchi Division of which some cases have reached concluding stage. In respect of this, the court made an order of transfer of these defendants to Bauchi for the conclusion of their trials. Details of these cases shall also be forwarded in my final report”, the DPPF informed Malami.

Etsu told the Minister that among the case files received by the Justice Ministry, investigation did not disclose any prima facie case against the suspects, but that arising from this, an application was consequently made to the court so as for it to order their discharge and release from custody in the interest of justice.

The 468 suspects are to be discharged for lack of evidence and be engaged in the Federal Government De-radicalisation Programme through the Office of the National Security Adviser (ONSA) out of the total 1669 that are in Kainji detention facility.

“I wish to forward an interim report with regards to the trial of Boko Haram suspects in Kainji, New Bussa, Niger State. About 1669 suspects are in Kainji detention facility out of which investigation was concluded in respect of about 450 suspects. Consequently, charges were preferred against about 116 suspects while no prima facie case was made out against about 334 referring others for further investigations by the Joint Investigation Team.

“The trial commenced with a remand proceedings whereby all the 1669 suspects were formally remanded by the order of the court granted by My Lord Honourable Justice Binta Nyako of Federal High Court sitting in Wawa Military Cantonment”, the interim report further stated.

Of the total number of cases tried, over 45 convictions were secured and various terms of imprisonments were imposed by the court depending on the gravity of the offence committed, with the DPPF assuring that, “I shall forward the comprehensive list together with the (Certified True Copy) CTC of the records of proceedings and judgements in respect of each case in due course.”