Information reaching 247ureports.com indicates that the election preparation of November 18m 2017 may have claimed its first casualty today at the UPP primaries. According to the available information, Mr. Uwakwe Mmaduabuchi, a delegate from Owelle Ezunaka [Chairman Ezunaka ward 1] was confirmed dead following a riot at the accreditation center at the GeoGold hotel in Awka, Anambra State. The confirmation was made public by the director general of Chudi Offordile’s campaign, Law Mefor.

According to sources on site, the minor riot erupted following what appeared to be irregularities in the delegate accreditation. The crowd, according to our source was significant and massive. And crowd control was getting a little to manage when a group of thugs arrived and began push and harassing the UPP delegates. As the situation was getting out of hand, the security forces moved in and began tear gassing. They shot off their guns in the air. As the ruckus quelled, the process resumed.

Later it was reported by Law Mefor that the Uwakwe died as a result of the riot. It is not immediately certain if the victim died from gun shot wounds or due to the tear gas fumes. 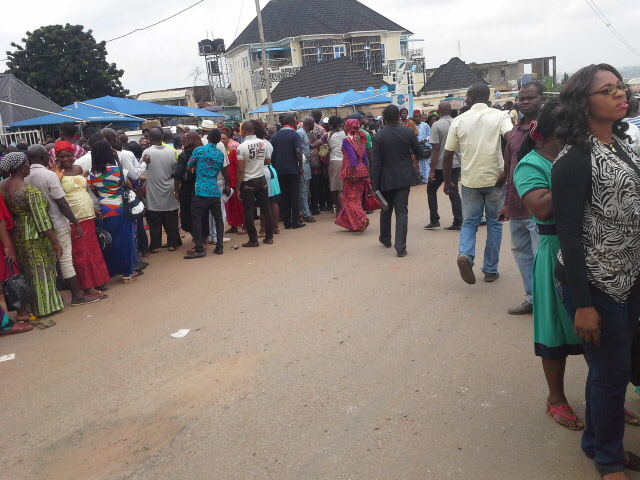 The incident has yet to be confirmed by the police in Anambra State.

See Report from the field below…

Tension as UPP delegates heads to the poll

There is confusion at Geogold hotel Awka, venue of UPP primary election preparatory to november 18th gubernatorial just as men of the nigeria police force shot in the air and tear-gassed delegates who besieged the venue of accreditation exercise.

According to a delegate from Nnewi north L.G.A who simply identified himself as Betrand, they emerged from the ward congress conducted by the party only to meet a strange list here at the venue of the accreditation exercise. He question the sincerity of the party to conduct a free and fair primaries.