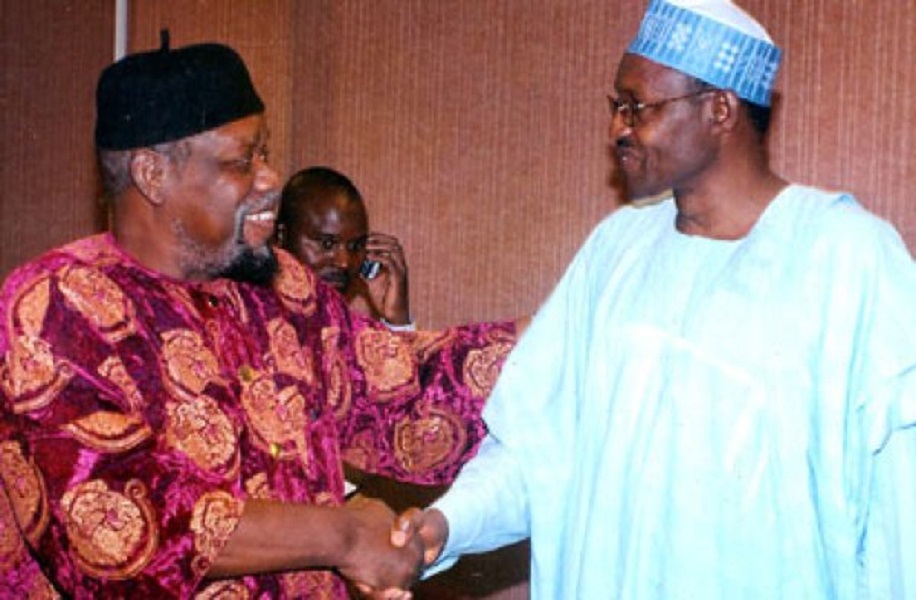 We the Indigenous People of Biafra (IPOB) and it’s leadership worldwide under the command and leadership of Mazi Nnamdi Kanu the prophet of our time, wish to bring to the attention of Nigerians and the world at large, the unfounded statement credited to the Nigeria president Major General Muhammdu Buhari during his latest comical nationwide broadcast about discussions he had with the late Biafran leader General Dim Chukwuemeka Odumegwu Ojukwu in 2003 at his home town in Daura Katsina State Nigeria about Nigeria remaining one.
[poll id=”29″]
Major General Muhammadu Buhari claimed in his robotic 3 minute broadcast that the late Biafran General and war leader Chukwuemeka Odumegwu Ojukwu gave him assurances that Nigeria must remain one indivisible entity. In Buhari’s view, his unverified, unsubstantiable discussions with Ojukwu in his Daura village means that we Indigenous People of Biafra cannot demand for our inalienable right under the principles of self determination in order to seek our exit from the fraudulent British manufactured colony we know today as Nigeria. Interestingly enough, there is a well circulated video of President Buhari addressing the 70th of the United Nations General Assembly in New York where he stated unequivocally that no nation, no matter how small, can be denied the right to self determination. Buhari in his characteristic hypocrisy failed to mention the fact that he is a staunch campaigner for self determination for Palestine and Western Sahara. This same Buhari is the major financier and backer of Western Sahara campaign to break away from Morocco.

The question that must be answered is why is it possible for Buhari to champion the cause of self determination for Muslims in Israel and Morocco but not so for Biafrans who are Judeo-Christians in the British created Nigeria? During his uninspiring nationwide broadcast littered with dictatorial proclamations, the only take away point in the entire turgid show of shame is that Nigeria must remain one. Primarily because the dominant corrupt Hausa-Fulani Islamic cabal which he represents, do not want to lose their stranglehold on the finances of Nigeria. His hypocritical threat to deal with IPOB members who are legitimately going about their self determination efforts without recourse to arms, is indicative of his natural hatred towards Christians and indigenous  ethnicities that make up Biafra.  It is unfortunate that some people in  this mere geographical expression called Nigeria are yet to understand that Biafra is an issue that is bigger than any man.

We find it laughable that Major General Muhammadu Buhari will embark on the futile journey of deceiving the general public about his brief encounter with Ojukwu in 2003.

President Muhammadu Buhari and other government functionaries, especially politicians, should stop deceiving themselves about the true nature of the raging Biafra agitation because they cannot provide any incontrovertible proof or verifiable evidence where the agreement was made between Buhari and Chief Emeka Ojukwu to keep Nigeria one.