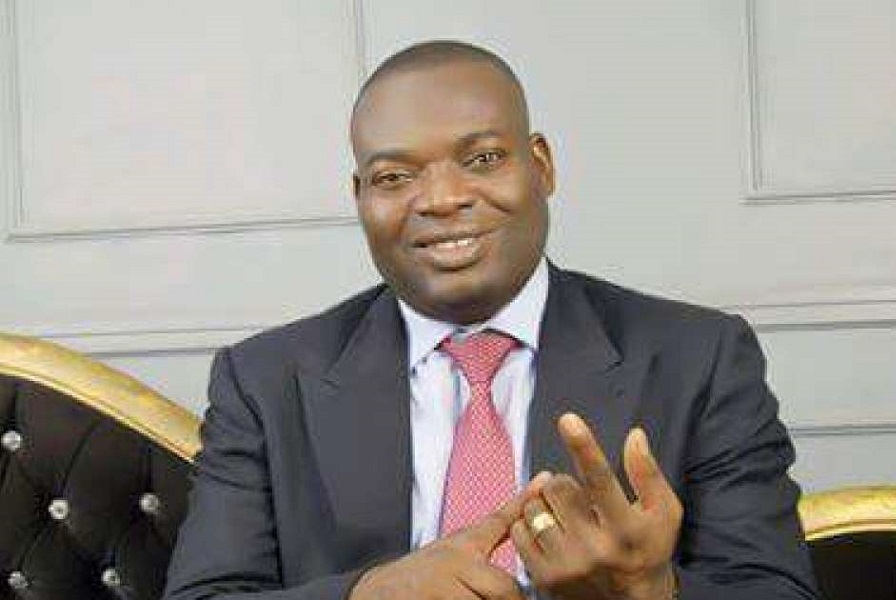 [poll id=”29″]
More reactions on Wednesday in Abuja continued to trail the outcome of the recent primary of the All Progressives Congress (APC) for the November governorship election over alleged malpractices.
While the Buhari Support Group, Anambra state chapter (over 30 affiliates), rejected the exercise and urged the appeal panel to critically look into the anomalies or it would mobilise members to support another candidate, the Coalition of Civil Society Groups threatened to “seek redress in court” to compel APC to do the needful by declaring the election which produced Tony Nwoye null and void.
The BSG’s position was contained in a petition to the national chairman of APC, Chief John Odigie-Oyegun, signed by its Anambra State Coordinator, Dr. Emeka Nwaofor and Secretary, Chief (Mrs) Stella Obiora.
The CCSG’s threat was contained in its petition to the Director-General of Department of State Security Service (DSS) Mamman Daura, signed by its President, Etuk Bassey Wiliams and Secretary-General, Ibrahim Abubakar and obtained by journalists on Wednesday.
The coalition therefore demanded a total re-verification of the delegates list as used in the primary elections for authentications through a confirmation process.
The CCSG said, “We wish to conclude in expectation of justice that if no significant step or action is taken we shall approach a court of competent jurisdiction to compel the party to do the needful. The party principles should not be undermined and swept under the carpet. Elections are for people that have good pedigree and justify their capabilities; they must have track records of achievements and not self-seeking individuals who have maintained the role of spoilers in every election.We assure you of our readiness to provide all necessary evidences with respect to all the allegations contained in this petition as we attach overleaf copies of some evidences.
“A panel of inquiry should be set to look into the elections. There should be total re-verification of the delegates list as used in the primary elections for authentications through a confirmation process by the known state structure of the party with national EXCO maintaining the observers status.

“This document contains the facts of the horse trading between Tony Nwoye and Chief Arthur Eze with a design to mortgage the future of Anambra State. Sir, it might surprise you that the said Billionaire had entered into a written agreement with Tony Nwoye to fund his campaign to the tune of Five Hundred Million Naira in exchange for  30 per cent of the state internally generated revenue  and slot for 20 commissioners  in his cabinet if elected as Governor of the State in the forthcoming Gubernatorial elections in the State, an allegation that deserve thorough investigation as the said sum is in great disparity with the provisions of the amended 2015 electoral act which is still in force.

“It is also bothersome that there is an existing relationship between the current Governor of Anambra State Dr Willy Obiano and Chief Arthur Ezewhich invariably suffice an attempt for Arthur Eze and Tony Nwoye to negotiate the State out to the incumbent Governor as it is obvious that a Chief Arthur Eze who is handling an Airport construction project that runs into billions of Naira by the state be the sponsor of APC candidate; this calls for questions as it Is glaring that the funds from that project is to be used in ensuring the eventual emergence of a weaker candidate for the major opposition party APC as a means for soft landing for the incumbent’s second term bid. This has a traceable antecedent as the same Arthur Eze claimed to have bankrolled Nwoye’s election 4 years ago when he was in PDP, this was despite long term legal battle over forged tax clearance which lasted till a few days to the election before the court of appeal delivered judgement in his favour after his billionaire godfather had spent so much on the tussle; all this he did as a friend to Tony Nwoye.

“Sadly we wish to reiterate on the bothersome report we received from our Anambra chapter of the Coalition of Civil Society Groups on the huge sum of money that was transacted to one of Tony Nwoye’s bank account in week of the primary elections held at Awka the capital of the state, the said money was meant to prosecute the Primary elections in Nwoye’sfavour. As a two years member of the House of Representatives the amount of money spent cannot be correlated to his current status and thus a need for an inquiry becomes imperative so as to forestall future occurrences as it contravenes the electoral act on funding of electioneering.

“There was another fundamental observation on the issues of delegate swap which reflect the highest level of electoral fraud as funds was used. It is shameful that 2013 delegate list was approved for the election when most of the names have decamped and some dead; but in the  bid to further their heinous plans they went ahead to adopt a 4000 delegates list that they claimed was intact which however led to the flooding of the primary with APGA  imposter recruited as delegates of APC a party that  encourages credible elections; handed with fake identity cards by the Incumbent Governor and the said APC candidate (Nwoye), this made a mockery of APC as it watched the plans of incumbent hatched in her own nest, the smooth emergence of Nwoye was a complete game plan of his Godfather Chief Arthur Eze and the Incumbent which infringed on the rights of some authentic delegates of APC.

“This was achieved through an agreement between Nwoye and the incumbent as consummated by the sponsor Chief Arthur Eze. An indication of their intentions as played out in the whole process.In all confidence we gather from our report that the Governor gave a standing order to the Local Government Caretaker Chairmen to produce 2000 people across the state that were used as delegates in the APC primary elections, the ID cards were produced at apopular shopping mall in area 10, Abuja . We shall oblige detailed evidences on request. Our state chapter was informed by an insider of a telephone conversation between the Governor and his friend Chief Arthur Eze; thanking him for delivering on his promise and assured the completion of the job on 11th November 2017 that is the election proper. This of course calls for worry as a people’s right have impugned upon.

“While there was highly visible electoral malpractice, there is an attempt to undermine the integrity of the party (APC) as the corrupt process that brought the candidate has evident display of huge transfer of cash for the process thus monetizing the whole process in an era of a nation’s effort in the  fight against corruption,  on the other hand it was noted that Nwoye’smen in his PDP days are in the incumbent’s kitchen cabinet and that some Governor Obiano’s group members are found around him (Nwoye) to ensure the judicious use of all funds made available by him. There was also high rate of anti-party activities by some APC leaders of the state and National that should be investigated; we reliably gathered that a particular leader of the party with ambition for governorship in future aided in playing down stronger candidates to make room for a weaker candidate that will easily compromise the process to pave way for him after Governor Obiano’s second term in a deal they had both agreed upon. It was indeed a harvest of personal interest.

“It is known overtime that APC as a party have tried to achieve free fair and credible elections devoid of monetisation as dominant in the recently concluded Primary elections for Anambra APC and if unchecked will lead the way to the party’s total collapse most especially in the southeast zone which will spell doom for the party in their future engagements politically we urge the relevant security agencies to arrest and prosecute Chief Arthur Eze for his Diezani Alison Madueke loots respectively which makes him to boost in the 2015 general election that he will use his ill-gotten wealth to defeat President Muhamadu Buhari in favour of former president Goodluck Jonathan.”

The Buhari Support Group said as members of the APC loyal to the President Muhammadu Buhari-led administration, the APC has a good chance of defeating incumbent governor, Willy Obiano because of Buhari factor, adding that “but with the emergence of Tony Nwoye, the party will lose out.”

The group said, “As loyal members of the APC who participated in the last gubernatorial primaries of our dear state, we write to call for review of the process that produced Tony Nwoye as the candidate of the party in the forth coming November election.

“Our reason for this generational call is borne out of sharp malpractices which contravene the electoral act perpetrated by him which include but not limited to financial inducement and swapping of delegates.
“Another reason behind our call that the process should be reviewed is the caliber of his main sponsor. His sponsor, Chief Arthur Eze is a sworn enemy of Mr. President as we all know he was a major sponsor of the former President Jonathan and he once swore that he will never support our amiable party, we are thus taken aback when same man is now sponsoring same candidate that he sponsored in 2013 with aim of amassing wealth.
“This same sponsor was involved in the much talked about Diezani and Dasuki loot and up till now he has not been invited for questioning by the security agencies, we thus wonder why same man will be the one to singlehandedly deliver a candidate for our great party. This aberration must stop and it should be now as we won’t sit down and allow this to go like others. These anomalies cannot stand as we are ready to resist it. We can’t as a loyal party members that have paid our dues and ensured that the party stands in the stateallow things to be done wrongly. The manner of fund shared to fake delegates by Tony Nwoye to buy their vote is alien to our party.”
The BSG also alleged that thugs were used to harass innocent party faithful while 2700 identity cards were produced in connivance with officials of Anambra state in Area 10 Shopping Mall in Abuja “which was used for the swapping of the 2013 delegate list used for the primaries.”
While accusing Nwoye of allegedly blackmailing Buhari on several occasions in Anambra State before he defected to APC, the group alleged that he was being sponsored by a multi-billionaire and an alleged “sworn enemy” of President Buhari who allegedly worked against him in the 2015 general election.
The BSG said, “We thus urge the appeal panel to look critically into this; if this is not done, we might not have better option than mobilize our members to do anti party by supporting another candidate. We are ready to bring the owner of the business centre to testify if called upon. If this act is allowed to stand and he is allowed to go ahead, it will send wrong signal that the party abhor impunity and will be the basis that the party will lose at the poll. This we must stop and it should be now.

“We don’t need somebody that doesn’t have working experience apart from been NANS President. Our dream candidate is one that is grounded and that has genuine interest of the party at heart, somebody that has working experience that can consolidate on what Mr. President is doing in the centre. We can’t afford to be left out of central government this time around again. South East States need APC and Anambra state cannot be left out in the wind of change.”