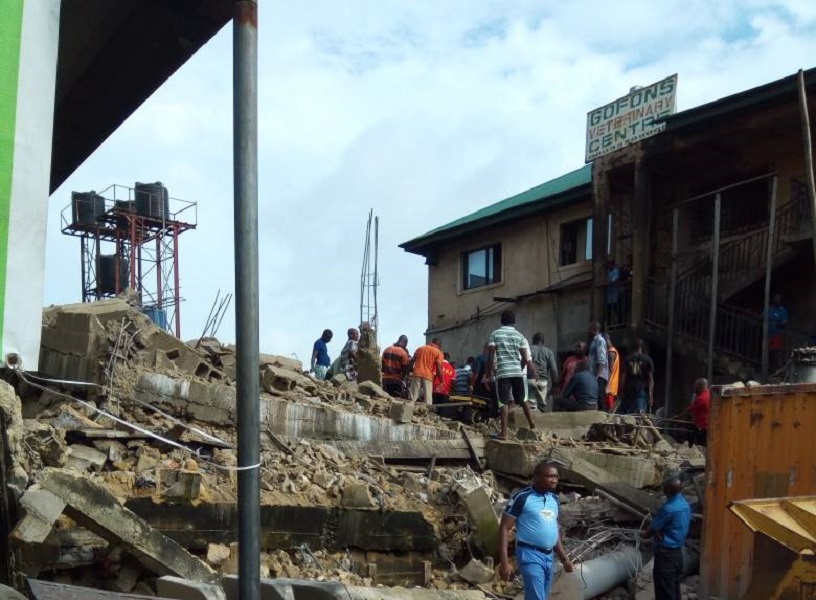 Information reaching 247ureports.com indicates a two storey building has collapsed in Owerri, the state capital of Imo State. The collapse occurred near a densely populated area close to Fire Service Junction by Wethedral Road Owerri.
The building collapsed Sunday August 13 at about 3am following sustained heavy downpour of rain.
According to reports, rescue operation is on going. Some survivals including a couple, a little girl and two corps members have been pulled out alive from rubble.
It is believed some fatalities may have resulted. No official figure is available.
stay tuned