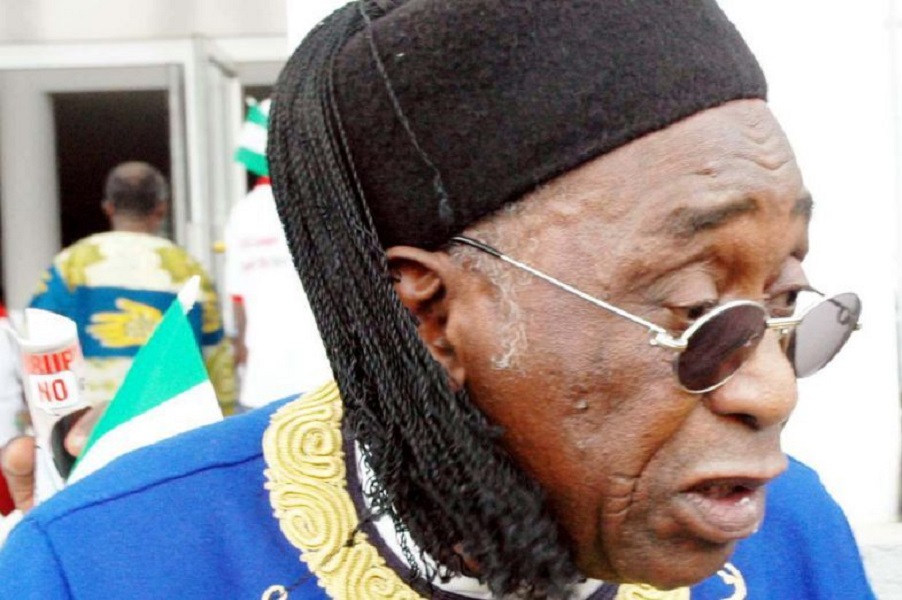 The last time Dan Masani and I spoke was two weeks before he passed away. The subject of our discussion was the brewing Biafra debacle. He expressed disappointment in the threats being made to the Nigerian state and concern over the slippery slope of brinkmanship that the nation seemed to be heading towards. He found the fact that, at the time, political leaders and influencers in the southeast had seemingly shied away from disavowing IPOB’s secessionist vitriol to be regrettable. In line with this and with the possibility that things might escalate even further, I suggested a back channel of communication between himself and his First Republic federal cabinet colleague Chief Mbazulike Amechi. I knew Dan Masani held Chief Amechi in high regard and the feeling was mutual. He promptly agreed and Chief Amechi’s son Tagbo (an old school mate) and I arranged for the two to speak over the phone at length. The next stage was to be a face-to-face meeting, the major challenge being both men were frail with age and facing physical challenges that required ample time to prepare for a journey between Kano and Ukpor in Anambra State, even if they were to meet halfway. And besides, the Sallah festivities marking the end of Ramadan were about to commence. Unfortunately, that meeting was not to be.

As a former Permanent Representative of Nigeria to the United Nations, Dan Masani was aware that there have arguably been only two peaceful modern secessions, that of Norway from Sweden in 1905 and the Irish Free State from the United Kingdom in 1921. And in the case of the latter, the long drawn-out conflict in Northern Ireland vitiates that assertion. Ambassador Maitama Sule was also aware that successful secession was in itself a rarity; Bangladesh’s break from Pakistan and Eritrea’s drawn out struggle against annexation by Ethiopia stand as the only examples in the strictest sense of the word. East Timor’s ‘independence’ from Indonesia was from military occupation and annexation at the end of Portuguese colonisation and not secession by part of an integrated colonial state from the whole. The jury is still out on South Sudan’s success or otherwise as a state.

This low success rate of secession is however not due to lack of trying, because there are said to be as many as 8,000 distinct cultures in the world yet only 196 countries, 193 of which a members of the UN. But a cultural area is not the same as a nation-state. The penchant for declaring every cultural group in Nigeria a nation does not exactly contribute to national unity, rather it fuels hatred among ethnic chauvinists and a yearning for some utopian tribal nirvana that clearly stands against what history holds up as the results of such misadventures. Although the United Nations charter has national self-determination as one of its cardinal principles, its members are not keen on supporting secessionist movements for the simple reason that most of them encompass several cultural areas that could equally agitate for secession and appeal for outside help. And outside help is of paramount importance for the success of state creation in an increasingly globalised world where countries depend on each other for trade, aid, and military assistance. No country in the world today is autarchic (self-sufficient) and each requires the recognition of others to exist. The more the number of countries that recognise a country and establish relations, the better.

As leader of the Nigeria delegation to the 1960 Conference of Independent African States in Addis Ababa and mover of the motion that led to the creation of the Organisation of African Unity, Maitama Sule was also conscious of the fact that the continental body stood against territorial revisionism from the onset. The comity of modern nations have clearly exhibited a willingness to recognise and support the creation of new states when empires fall, as in the 19th century when the Spanish empire ended with the Spanish-American war and new states emerged in Latin America, or the end of WWI when the German, Austro-Hungarian, Ottoman and Russian empires crumbled and new states were created in Europe and parts of the Middle East, or the end of WWII when British and French colonial empires receded and countries gained independence in Africa and Asia, or more recently the end of the cold war when the Soviet Union buckled and states re-emerged in Central Asia and by extension Marshal Tito’s death catalysed the dissolution of non-aligned socialist Yugoslavia. Nigeria is not an empire.

I cannot put a date to when I came to know the late Yusuf Maitama Sule, I was named after him and grew up knowing him as my late father’s closest friend and political associate dating back to their first republic NPC days. In the early seventies, they were a trio with the late Alhaji Ahmadu Gaga, a cigar-smoking Fulani man from Yalleman (present day Jigawa State) who lived in the heart of Ebute Metta in Lagos. In their bid to draw their sons closer and to expose us to Nigeria outside of Kano, Mukhtar Maitama Sule and I were sent to holiday in Ahmadu Gaga’s house in Ebute Metta in the summer of 1974. We quickly acclimated to the beats of King Sunny Ade’s Syncro System and Fela’s Lady, oblivious to Nigeria’s cultural differences. It was reverse acculturation for Gaga’s eldest sons Umaru and Ahmadu who were proper Lagosians; they were sent to Maitama Sule’s house in Kano and enrolled in Government College Kano (Rumfa).

Maitama Sule lived by a creed of truth and forgiveness: seek the truth, establish the facts and then forgive each other. That way disputes were less likely rear their ugly heads over and over again. Some mistook his jocular nature and incredible rhetoric for triviality. He was a very focused, principled individual dedicated to the Nigerian cause who kept growing intellectually until his death because he was always willing to listen to others (even those much younger), much as he spoke quite often. Nigeria has lost a patriot at a time of need.