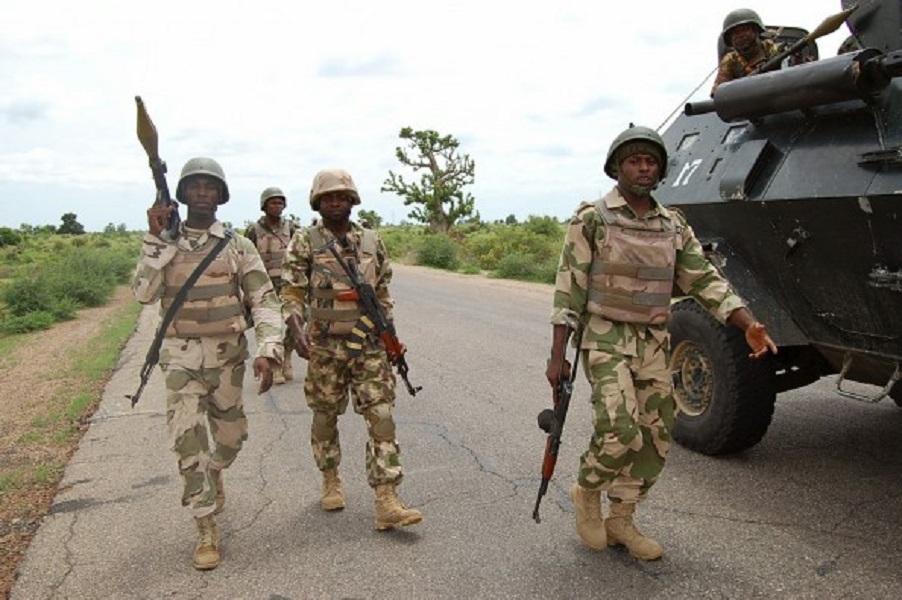 Controversies on Wednesday continued to trail the communal clashes between Fulani and indigenes of Mambilla Plateau in Taraba State, with a pro-democracy organisation, Good Governance Group, claiming that it had uncovered plans by the Federal Government and some Army Generals to declare a state of emergency in the state.

The emergency rule, it said, was “to embarrass Gen. Theophilus Danjuma (retd). “who supported the emergence of the All Progressives Congress (APC) as the ruling  party in the 2015 general elections.”

It was learnt that soldiers were recently deployed to restore peace in Mambila Plateau following the outbreak of communal unrest between Fulani herdsmen and farmers in Nguroje Village, Sarduana Local Government Area, which had resulted in the loss of lives and properties.
But the GGG in a statement issued by its Public Relations Officer, Ahmadu Sale, said a highly placed source within the military hierarchy, had hinted of the plans which had reached advanced stage.

According to him, the group would resist all attempts to truncate democracy in Taraba state and would “not allow the mandate of Governor Darius Ishaku to be stolen through the backdoor.”

Sale appealed to all people of goodwill to “save Taraba state from this invasion”, adding that the CCG knew that the recent visit of the Minister of Interior, Gen. Abdulrahman Dambazzau (retd), to the state “was an ill-wind and a harbinger.”

He said that because the plans for emergency rule have reached an advanced stage, the Miyetti Allah Cattle Breeders Association of Nigeria, the umbrella organisation of Fulani herdsmen, boycotted the public hearing on the anti-grazing bill which held on Tuesday.
Sale said, “We have it on good authority that the plans have gone more than half way. They want to take Taraba state by force and by all means necessary. Ever since Senator Yusuf Yusuf made a call for an emergency rule in Taraba state, he and his cohorts in the APC have been busy. As we write this, plans have reached an advanced stage to slam our dear state with an emergency  rule. Yusuf made that call and now it is being seriously followed  up.

“In fact, it has been finalised already by some top politicians and retired/serving  Army Generals who are Fulani by tribe. Even the Minister of Women Affairs, Hajiya Aisha  Alhassan, in her recent press conference, said an emergency rule would bring untold hardship to the people. Now, they have finished the plans. That’s why  Miyetti Allah leaders boycotted the public hearing on the anti-grazing bill.

“They are now waiting  for a state of emergency since they have been assured of this. This is also why a professor  of law, gave the Federal Government a seven day ultimatum to enforce emergency rule in Taraba state.

“But they won’t succeed. You can’t impose a state of emergency on a peaceful state. This is not the first time, there has been crisis on the Mambilla or anywhere  else for that matter. You don’t go about slamming state of emergency anywhere there is a flare in relationships. In any case, the Sarduana LG crises are not new and they are unrelated to the current issues of a bill that has not become law yet.”

Sale said Dambazzau’s numerous visits many years ago led to the declaration of a state of emergency in Plateau State, adding “now, they want to do the same here.”

He said, “Is this is how APC wants to reward T. Y. Danjuma? But look at this: with all the horrible crisis in Borno state, they didn’t slam a state of emergency there. With all that is going  on in Kaduna state, especially Southern Kaduna, no one has said anything about emergency rule.

“When Fulani were killing people in Southern Taraba, there were no words on emergency rule. But now that Fulani are claiming to be at the receiving end of an unfortunate crisis on the Mambilla, we are suddenly hearing of emergency rule. The governor of Taraba state has asked this question and we shall repeat it here: are Fulani lives the only lives that matter to the Federal Government?

“Why is the response stamina of the Federal Government not uniform in all crisis? How come they were so swift in rushing to the Mambilla but stayed away when Fulani were killing people in Takum, Issac, Bali, Gassol and everywhere else? We shall continue  to resist all attempt to truncate democracy in Taraba. We shall not allow the mandate of Governor Darius Ishaku be stolen through the backdoor.”