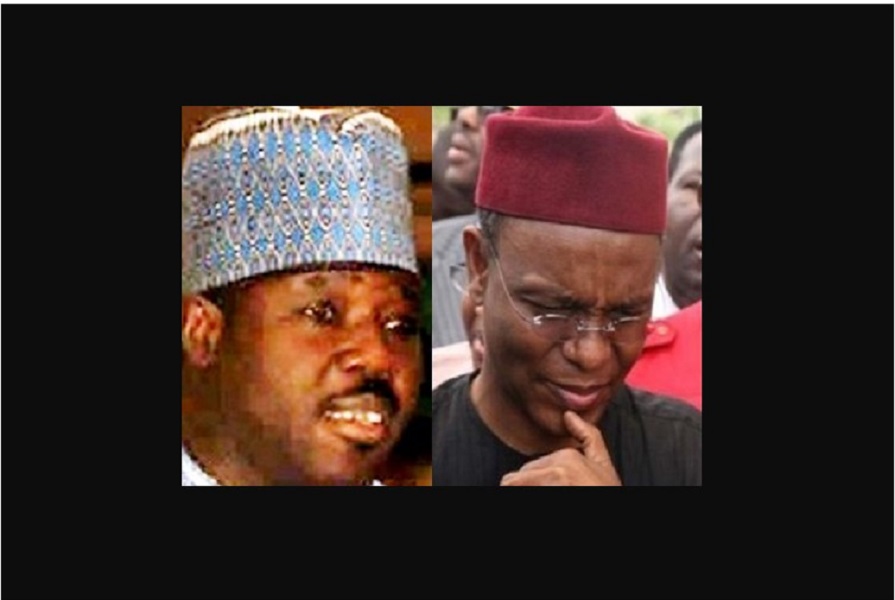 According to a new on a facebook page by the Senator representing a constituency in Kaduna State, Senator Shehu Sani, the governor of Kaduna State Nasiru El Rufai had been funding the sacked factional chairman of the Peoples Democratic Party [PDP] in his battle against the Makarfi led PDP.

As Senator Sani wrote, Governor El Rufai provided over N1billion to the deposed PDP chairman from Borno to engage the PDP in the prolonged legal battles. Gov El rufai was said to have also contacted Judges on behalf of Sheriff.

“An inner member of the SENATOR ALI Modu sheriff camp of the PDP which has lost at the ruling of the supreme court has revealed how Kaduna state Governor used Tax payers money to fund the I’ll fated Sen ALI SHERIFF political and legal battles.The source who requested to remain anonymous revealed that Governor Nasiru Elrufai has spent over one Billion Naira to sustain Sherif political claims. He said SHERIFF had on many occasions visited the diminutive Governor in both Kaduna and Abuja. The source claimed that Governor Nasiru ELRUFAI gave SHERIFF monies in cash and in foreign currency denominations on 3 occasions. The source also claimed that Governor Nasiru ELRUFAI personally reached out to some Judges who gave judgements in favour of SHERIFF at different times. Its unclear whether the motive of the Governor was to incapacitate the PDP in order to help the ruling APC or the Governor was strategically funding SHERIFF so that he may later decamp to use the platform to achieve his much touted Presidential ambition.”