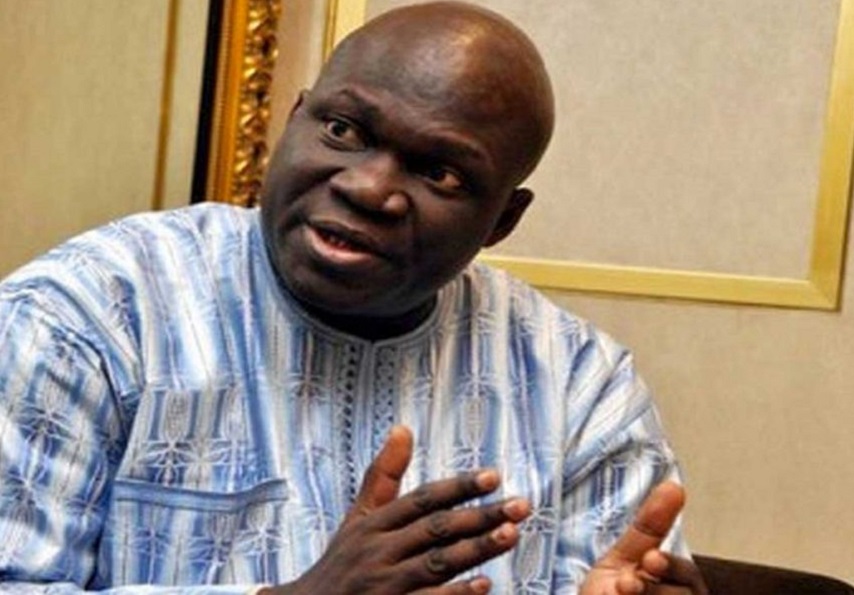 On Wednesday, July 12, the Supreme Court saved our democracy and the People’s Democratic Party (PDP). It did with its ruling in the matter between Ali Modu Sheriff and Ahmed Makarfi, to determine who among the two is the authentic Chairman of the PDP. The Supreme Court of Nigeria practically threw the party a lifeline. Since it lost the 2015 Presidential election, the former ruling party, the same party that one fellow in a moment of megalomania promised us would rule Nigeria forever, has never been the same. Some people have said the party could not manage victory well but it definitely found it difficult to manage defeat. The PDP went into the 2015 general elections utterly divided among its ranks.

Five Governors and their supporters had left the party, the point at which the defeat began, to join a coalition that became the All Progressives Congress (APC) and from outside, the departed malcontents threw stones at their former party and swore to destroy it, if only to teach those remaining behind a lesson. The lack of internal democracy within the PDP, and the arrogance of remaining members further created a situation whereby some Governors became over-powerful and unpopular candidates were imposed at the grassroots level. Discontent spread.

The thinking that the power of incumbency and financial muscle could make a difference merely worsened the situation. Founding fathers of the party, who were confronted with a new breed of party panjandrums, became either aloof or they simply left the party, or they soon conferred on themselves the self-serving titles of statesmen. The party thus practically sabotaged itself from within and therefore lacked the strength to stop a rampaging opposition that was determined to win the election by exploiting the weaknesses of the then ruling party.

The PDP never quite recovered from all that after May 2015, and in the midst of that confusion, a certain Ali Modu Sheriff emerged to fill the gap. Modu Sheriff became the party’s albatross in a manner of speaking. Handpicked to complete the term of the former Chairman of the party, Ahmed Muazu, who had changed the game by presiding over a ruling party that lost an important election, Sheriff soon became ambitious and wanted to stay on as Chairman. Matters came to a head on May 21, 2016 in Port Harcourt at the National Convention of the party.

Sheriff at the time enjoyed the support of two vocal Governors of the party, Nyesom Wike of Rivers and Ayo Fayose of Ekiti state. A party convention in Nigeria can be treacherous, divisive and unpredictable.  And so it was in Port Harcourt. Sheriff’s ambition did not receive popular support, even the two Governors who had championed his cause abandoned him, and the National Convention decided to appoint a National Caretaker Committee led by former Kaduna State Governor, Senator Ahmed Makarfi.

Ali Modu Sheriff went to court, and more litigations followed, as the PDP became divided into the Sheriff faction and the Makarfi faction, with both factions struggling to assert themselves. This struggle for supremacy in the courts and within the rank and file did further damage to the party. More members of the party defected to the ruling APC, or to some other new parties, other members of the party’s Board of Trustees threatened to retire or did so, some other members announced that the party had lost its soul and they had become non-aligned until further notice. The PDP once boasted that it was the largest political party in Africa and it indeed held on to power in Nigeria for 17 years, but the concatenation of misfortunes and internal wrangling that had befallen it turned it into a sinking vessel and one by one, those who once swore by the party began to jump ship. In the tussle between the two factions, however, it was obvious that the Makarfi faction had more followers, and hence the widespread narrative was that if the Sheriff faction won the battle at the Supreme Court, the PDP should be considered dead.

In that sense, the apex court saved the PDP. But it stood on solid grounds by upholding the Constitution of the party, which declares the National Convention the highest organ of the party and the decisions taken therein supreme. On July 12, the Supreme Court held that the May 21, 2016 National Convention of the PDP in Port Harcourt was validly constituted and the decisions taken there were binding. In effect, the Appeal Court in Port Harcourt arrived at its judgement per incuriam by ruling in favour of the Sheriff faction. Bode Rhodes-Vivour, JSC who delivered the unanimous judgement on behalf of his colleagues, added further, obiter as it were, that Sheriff was guilty of “forum shopping and displayed an infantile desperation to cling to power at all cost”.

While the technical ground for this ruling is jurisprudentially sound, in our view there is in the ruling a tinge of judicial activism that should not be overlooked, the pedagogy of which needs not delay this commentary, other than to say that in a situation such as ours where the rule of law has become a victim of politics, power and vendetta, the activism of the judex is important for modulating and preserving the social order.

The matter is like this: with the possum-ization of the PDP, the largest opposition party in Nigeria after May 2015, opposition party politics had been crippled in Nigeria. Every democracy thrives on the basis of the quality of opposition politics and the contestation of ideas within the public sphere.  Since the APC assumed power and office, it has managed to suppress this vital ingredient of the democratic process.

It is so bad that the traditional media is now so afraid, it can no longer fully serve its purpose, the social media which used to be so vibrant now speaks in whispers, media owners were the first to be reminded of the ghosts in their cupboards, and with members and associates of the former ruling party being hounded up and down, the more pragmatic ones have since defected to the ruling party to buy protection.  The PDP has been branded a thieving party, but anyone who crosses to the other side is immediately a saint, with all their likely sins forgiven, forgotten and overlooked. By judicially resurrecting the PDP, the Supreme Court has given our country and our democracy an opportunity to have a strong and virile opposition, ahead of the 2019 elections.

But that is also precisely why the real matter is not about this Supreme Court ruling, but what the PDP does with the lifeline that it has been given. It is instructive that the Ali Modu Sheriff faction, save for one or two members boycotted the court on July 12. Truth be told, Modu Sheriff lost the game, long time ago, the moment he was abandoned by Wike and Fayose, the two Governors who originally backed him but who obviously have their own game and aces up their sleeves. Beyond July 12 and the Supreme Court, the game should no longer be about individual ambitions.

The PDP needs to go through a healing process. There are many members of the party who may in fact still be totally indifferent and there are others that left who may be pleased that their original party now has a second chance. It is dangerous for a party to have indifferent members such as the PDP had for close to three years. The urgent task is not to start another quarrel with the Sheriff group (the faction having been eliminated judicially); the task at hand is to unify the party and ensure reconciliation and to bring into the fold, all aggrieved persons who are willing to return.

This should include the aggrieved and alienated founding fathers and former trustees of the party. Nigeria needs a strong opposition party and only the PDP can fill that vacuum. It may not have the experience but it can learn.  That learning process must begin with a rigorous, intellect-driven understudying of the achievements and failures of the present ruling party, the APC. The APC as an opposition party thrived on propaganda and the politics of aggressive abuse. The PDP in transforming into an effective opposition party must engage the ruling party at the level of vision, policies and programmes and not be drawn into the trap of vacuous emotionalism. With the example of the APC, Nigerians by now must have seen through the limits of that kind of politics.  Every political party wants power; the PDP now has a golden chance to prove that it can be a viable party in or out of power.

A national convention of the party must be held quickly, and the main purpose should be to heal the wounds within the party.  When Ahmed Makarfi was made Chairman of the National Caretaker Committee in May 2016, he and his team were given three months. In August 2016, a National Executive Committee meeting, tagged a mini-convention was held at which their tenure was extended by one year till August 2017.  Unless another NEC meeting is summoned and an extension granted, the Makarfi committee has just one month to go.

If he would act in good faith, and occupy a higher moral ground, Makarfi should not seek any further extension. Following the Supreme Court ruling, he should in the coming weeks organize meetings of the Board of Trustees, the NEC of the party and hold consultations and ensure that the ground is prepared for a party convention that restores the party. By restoration, I mean, every step must be taken to quickly review the party’s Constitution. It is an old process, aborted by feuding stakeholders, particularly the Governors who wanted to seize control of the party.

A new Constitution of the PDP must ensure internal democracy by introducing new reforms. The party failed because it failed to reform and renew itself.  The recommended consultations should be targeted at rallying the party base at the grassroots level. At a point, the party’s rank and file at the grassroots became disillusioned. In many states, the party kith and kin do not in fact understand why the party hierarchy in Abuja suddenly collapsed. They need to be reassured and every step must be taken to ensure that the party’s next Convention does not result in another round of litigations.

The net effect of the July 12 Supreme Court ruling is that the PDP has a chance to be whole again and to rise like the Phoenix from its ashes. With the party’s recent victory in the by-election in Osun West, and elsewhere, it seems clear that the Nigerian electorate have not yet forgotten the PDP.  July 12 must have been a sad day for the APC, the incumbent ruling party whose members are already staging their own dress rehearsal for an impending crisis.