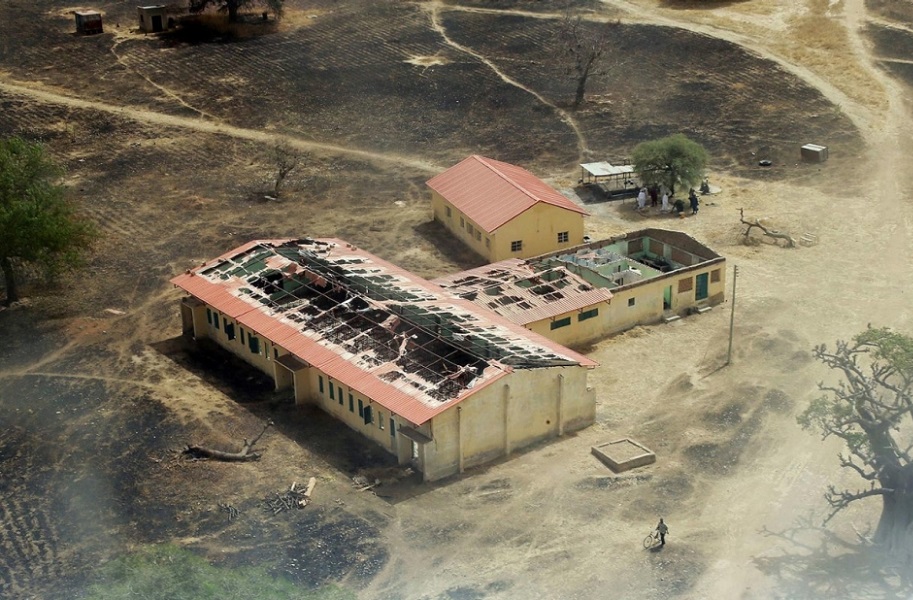 Global experts on terrorism have some new tasks on their hands, which they must devote time and energies to critically dissect in Nigeria. It is the emerging images of a psycho-political dimension and manifestations of operations  with semblance of the defeated  deadly  Islamic sect,  Boko Haram terrorism in Borno state and environs, in  Nigeria’s Northeast region.

Security analysts have variously and successfully probed the totality of the success of the counter-insurgency war in Nigeria, with emphasis on the Northeast, where the fire raged tenaciously for years. The disparate analysts on terrorism in Nigeria identified the nuances of terrorism. They were also unanimous in the submitted and interspaced verdicts that Nigerian troops have defeated the popular and dreaded Islamic sect or the religiously inclined Boko Haram insurgents led by the now fatally bruised and humbled Abubakar Shekau.

But the mystery is that bombs have obstinately refused to stop detonating in Borno state particularly.  Abduction of the female folk has now graduated from young or school girls to elderly women. At the periphery, it defeats the known social psychology of the egregious Shekau led Boko Haram terrorism.

The Shekau sect is concerned with abducting young and fresh girls to service their cursed libidos as sex slaves or earn money from them through forced marriage while in captivity.  But abducting worn-out women, mothers to say the least, as prevalent in Borno now is quite alien and strange.

One could ask of what social or commercial value these insurgents attach to these aged women with weak strength and some with failing health; very unsuitable for the professed domestic servants’  roles masterminds of the current spate of terrorism  have ascribed to them and marketing to Nigeria and the world?

Deep thinking also scratched memories on the whereabouts of the Boko Haram factional leader, Musab al Barnewi, who was Shekau’s publicists before they irreconcilably disagreed on principles and parted ways.  No one has heard from him and nobody seems concerned with his whereabouts. Could it be that he is decapitated beyond any action? Or is it that he has become a repentant terrorist like other Boko Haram commanders?

In this mist, what is often bandied are random bombs in parts of Maiduguri and abductions of elderly women. And Nigerians are bored later, with still  video footage of the abducted victims, where Abubakar Shekau takes responsibility and brags to high heavens.  But has Musab al Barnawi who equally had large followership and claimed he is the new Iranian anointed terror kingpin in Nigeria and Shekau’s replacement denounced terrorism and associated vices?

Why is al Barnawi not releasing video footage of their exploits against Nigerians and the Nigerian state, as some undercover terrorists agents often probably feign about Shekau? And the released video footages these days are almost lifeless and lack Shekau’s accustomed gait of fanfare or pride at such instances.

These days too, the style of suicide bombings are peculiarly different and somewhat novel  from the usual methods the loquacious terrorists have been cultured.  A recent statement by the Deputy Director Public Relations  Theatre Command Center, Maiduguri, Colonel Onyema Nwachukwu eloquently aired an entirely new phenomenon thus;

“….one of the tactics employed by the terrorists is to create a scene such as fighting with each other or any other person to attract attention and cause people to gather around them before they detonate their suicide bomb. Another antic is by abducting children who are on errands, strapping them with suicide vests and sending them back home, where the suicide bomb detonates to kill members of the household.”

These new tricks of the infrequent suicide attacks are a yawning deviation from the haughty commodore style of the religious sect of Boko Haram terrorists known to Nigerians. The most dreaded sect of Boko Haram insurgents were finally humbled and defeated December 2016 by the courageous Nigerian military.

And in the last couple of months, leader of the counter-insurgency war and Nigeria’s Chief of Army Staff (COAS), Lt. Gen. Tukur Yusufu Buratai  also launched the “Operation Crackdown,” where soldiers have been combing communities and villages in the Northeast of remnants of fleeing terrorists and their agents.

No doubt, Nigerian troops have made reasonable progress in this regard too, as evident in the pace of peace and rebuilding process in the Northeast. Also, the resettlement of Internally Displaced Persons (IDPs) in their ruined and deserted homes and villages and closure of IDP camps in the Northeast are further attestations of the effectiveness of the cleansing of communities in the region from leftovers of insurgents.

Perhaps, the effectiveness of the final phase of the cleansing exercise has cast a gloom on some politicians in Borno to the reality of the final termination of terrorism. These are politicians swallowed by the phobia of the next general election in the country.

In Nigeria, even before the advent of terrorism, the approach of general elections  breed all manner of violence,  instigated by politicians who dread the power and sanctity of the vote. They create crisis to scare off potential voters or minimize voter-turnout or even cause electoral apathy to have a manipulative smooth ride.

The hypothesis is increasingly becoming more plausible, as  signals suggest some politicians in Borno  and the neighbouring Yobe state,  who dread clean ballot in 2019 have found the remnants of Boko Haram terrorists handy instruments in perpetrating the reign of terrorism in the state. The fresh tactics of this political Boko Haram sect as voiced by the military  in Borno crystallizes this suspicion.

And creating make-belief fighting scenes to attract a mob or luring innocent children on parental errands by tying bombs round their waists to unknowingly detonate in family homes is a natural way of scaring people off the streets and public places. This way, voting centers would be deserted on Election Day and therefore, more convenient for dubious politicians to grab manipulated victories.

It’s a puzzle why one hardly hears of suicide bomb attacks in Adamawa, one of the three states in the Northeast which, until December 2016, was in the jaws of terrorism. But  Borno takes the lead in the current wave of suicide attacks; just like on the flipside; it was the most devastated by insurgency before May 2015.

This  is obviously a politically  induced terrorism, orchestrated by a clan of politicians in Borno state who  derive inspiration and energy from the phobia of  losing  2019  elections and  obliterating their political future. So, it is Borno’s Boko Haram and not Shekau or al Barnewi’s  Boko Haram insurgents in operation who are more secretive.

It is now political business.  Everyone who reflects deeply can discern the irony that Boko Haram insurgents, including top commanders cannot be offering themselves for armistice by surrendering en masse to the Nigerian Military, and at the same time, still be striking as experienced in Borno.  There are possibilities that some of them willing to surrender have been hijacked and detoured by some wealthy politicians who are paying them sumptuous sums to keep scaring the people with sporadic  suicide attacks.

The “religious” Boko Haram insurgents have been defeated and the remnants chained in their hideouts.  It is incontrovertible that they are too feeble and sapped of all energies to stage any daring attack on the people anymore. But the political terrorists would continue to torment people in obscure locations, while their publicity agents would hype it in the media in order to activate the country’s panic mode  again.

Like the conclusions of many other analysts, the job at hand is more of the Department of State Security Service (DSS) and the Police, than the Nigerian military. The call to national duty has imposed on them the onerous duty to launch shadowy operations by tracking and profiling movement of cash to the Northeast by Politically Exposed Persons (PEP), especially to Borno state. They are sure to get clues.

But for now and basing on these palpable indices, it is more gratifying and convincing to accept the notion that some politicians in the areas are banking on sustenance of Boko Haram terrorism  to  destabilize  the Northeast as guarantee  to bail themselves out of their clearly envisaged,  individual  political Armageddon which hovers on their heads in 2019.