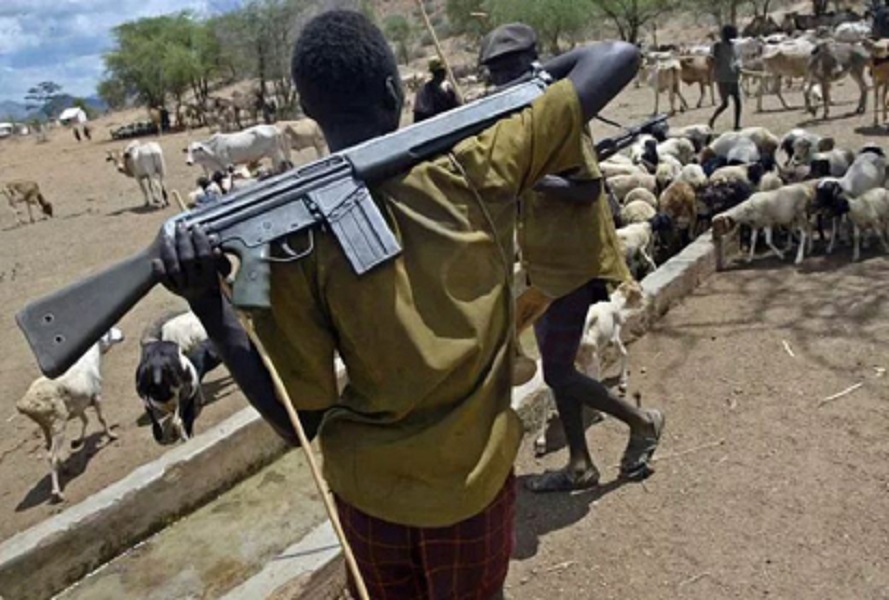 We are disturbed by the sad events on the Mambilla Plateau and condemn in strong terms the outbreak of communal unrest between graziers and farmers on 17 June 2017, which started in Nguroje Village Area and spread to other parts of the Mambilla Plateau resulting in the loss of lives and properties.

It is well known fact that between 30 December 2001 and 2002, certain armed Fulani militia invaded the Mambilla villages Leme Yirima, Tunga Lugere, Damu etc where seven moslems of Mambilla extraction were murdered in the mosque during morning prayers at Leme Yirima, and this attack escalated to other parts of the Plateau which resulted to wanton destruction of lives and properties. That attack by the Fulani militia was an attempt to dispossess the Mambilla of their ancestral land. This attracted the attention of the State, Federal Government and the international community, particularly, the United Nations. The crisis led to the flight of many people from the area to Cameroon and other parts of Nigeria as refugees.

This led to a fact-finding mission made up of the UN High Commission for Refugees (UNHCR) in collaboration with the State and Federal Governments in an effort to reconcile and resettle the refugees and internally displaced persons. Consequently, theUNHCR recommended that for a lasting solution to the graziers-farmers crisis, a peace and reconciliation committee made up of stakeholders of all the tribes on the Mambilla Plateau be constituted.

Accordingly, the then Governor of Taraba State, H.E Rev. Jolly Nyame directed the Local Government Council to constitute the said committee, which was headed by the then Local Government Chairman Transition Committee, Alh. Aliyu Jibo, a Fulani man. The ten-member committee consisted of representatives of all the tribes. At the end of the committee’s meeting (which held from 7 – 8 June 2003), a communiqué which identified the problems and proffered solutions to the crisis was issued to the Government for implementation. The problems identified by the Committee were as follows:

“4.0 The Meeting identified the following as the major problems that militated againstthe peaceful coexistence

(i) The State Government and Local Government should constitute a high-powered committee to revisit the issue of land allocation in Sardauna Local Government using the existing laws
(ii) (a) All lands illegally occupied during and after the crisis should be vacatedunder the supervision of the Local Government.

(c ) All lands illegally occupied by both farmers and graziers before the crisis should be referred to the high-powered Committee for proper redistribution.

(e) In the spirit of give-and–take, those who have much land should give those in need (farmers and graziers)

(iii) the leadership of the Local Government, Village Heads, Religious leaders, Opinion Leaders etc should preach to their subjects against tribalism, hatred, rumour-mongerisn, suppression, oppression, political differences, and injustice and live by example as enjoined by the two holy books (the Koran and the Bible),

(iiii) Considering the population, terrain, land mass and the army of unemployed youth, there is the need to create more local governments, chiefdoms and districts from the present Sardauna Local Government.
(v) The meeting also resolved that the purported petition written to His Excellencyby the Miyetti Allah Cattle Breeders Association dated 1st June 2003 be disregarded by His Excellency as the contents were already discussed.
(vi) It was also agreed that from then henceforth anybody who breach the law, no matter his position, should be punished in accordance with the law to ensure justice to all.
(vii) In the spirit of give-and-take, the meeting agreed that all concerned should forgive each other and forget their past differences and live together in peace and harmony with each other as a family”.

For the avoidance of doubt, members of the committee as constituted were as follows:

This was done under Alh Aliyu A. Jibo (Fulani man), who was the then Chairman, Transition Committee of the Local Government, who countersigned the Communiqué.

From the above, the Committee had five (5) Hausa-Fulanis, three (3) Mambilla, one (1) Kaka, one Panso and one Kambu.

(4) “All lands illegally occupied by both farmers and graziers before the crisis should be referred to the high-powered Committee for proper redistribution”, were never implemented by the previous governments until the constitution of the Justice Nuhu Adi Judicial Commission of Inquiry by His Excellency, the Executive Governor of Taraba State, Arch. Darius Dickson Ishaku on 13 June this year, 2017.

It can be recalled that on 10 May 2017, the Taraba House of Assembly adopted a resolution that culminated in the constitution of a House Ad-Hoc Committee on Communal Crisis between Armed Herdsmen and Farmers in Takum and Ussa Local Government Areas and Alleged Security Threats in Nguroje State Constituency, which in its report also recommended:

“That a Judicial Panel of Inquiry be set up by the Government to investigate and scrutinize how lands are acquired on the Mambilla Plateau. And also investigate the way and manner certificates of occupancy and grazing permits are issued to individuals with a view to addressing the situation”.

Prior to this, there have been pockets of crisis between farmers and graziers, which were known to security men, and series of meetings and consultations were held by stakeholders of the ethnic groups from Sardauna Local Government to douse the rising tension in the area. Furthermore, Government convened a meeting of the representatives of the ethnic groups of the Mambilla Plateau (Mambilla, Kaka, and Hausa-Fulani) in the EXCO Chamber, Government House, Jalingo, where they aired their grievances, resolved to live in peace and pledged to work with the Judicial Commission to be constituted by Government.

Immediate Causes of the Crisis

1. While the Judicial Commission has invited memos from the general publicand/or those concerned, two Mambilla Community Leaders were arrested in Nguroje at the instance of the Fulani over a matter that was the very subject of the Judicial Commission’s investigation.
2. Following the arrest, the said Mambilla Community leaders and the resultant tension in Nguroje, the Local Government Council Chairman, Hon. John B. Yep,visited Nguroje to calm frayed nerves only to be attacked by a Fulani gunmanwho fired gunshots at the Council Chairman, shattering his windscreen and narrowly missing assassinating him.
These two incidents shattered the peaceful atmosphere in the area and created much alarm among the people thereby sparking off the unrest that immediately ensued.
3. Again, the Fulani killing of innocent Mambilla and Kaka people in Mayo Sina, and the complete decimation of the Mambilla Villages of Lijire and Damuwhose dead bodies and injured inhabitants were evacuated to Gembu General Hospital incensed the people and sparked further unrest as a reaction to the killings by Fulani militia that were going on uncontrolled in those villages.

This action of the Fulanis is an apparent disregard for the Judicial Commission that was preparing to look into the subject of dispute in the area. It is clear that the masterminds of the arrest and the gunfire incident in Nguroje deliberately did so to create unrest and undermine and frustrate the Judicial Commission’s work that was already in the process.

We are dismayed by the flood of misinformation being churned out to the public about the crisis by some Fulani leaders.

1. The Fulanis falsely claimed that only the Fulanis were either killed or maimed in the crisis. This is far from the truth. Many people around Lijire, Damu and Mayo Sina villages are yet to be accounted for. Lijire and Damu are Mambilla villages which were completely wiped out by the Fulani militia and these villages contain hundreds of inhabitants. There are uncountable numbers of dead and wounded Mambilla people inside those villages. Are the Fulani leaders saying that these are not human beings that were killed?
2. The Fulanis also claimed that only Fulani properties were destroyed. However, facts on the ground show that the Mambilla and Kaka people also lost their properties in the crisis. It must be noted that the Mambilla and Kaka communities are unarmed and defenceless in the face of armed herdsmen marauding the villages. It is clear that the armed Fulanis want to wipe out these defenceless villagers.
3. The Fulani leaders also went on air to state that a certain politician was fuelling the crisis. This is deliberately vague. All tribes on the Mambilla plateau have prominent politicians, including the Fulanis who hold almost all the federal appointments from the Mambilla Plateau.
4. The Fulani also misled the world by stating that over 300 Fulani communities wererazed to the ground. This is a great deceit because the entire Mambilla Plateau has only about 43 Village Areas, about 40 of which are Mambilla and Kaka village areas. Where did the Fulanis get their over 300 communities?
5. These Fulani leaders also engaged in savage deceit when they showed photographs of the victims of the bomb blast in Adamawa some time back as pictures from the Mambilla crisis. Their strategy in the crisis has been engage in maximum deception of the public.
Our Position
1. We are surprised that there has suddenly been a prompt response from the security forces to the Fulani call for their deployment. This response from the security is unprecedented in the history of the armed herdsmen crisis in Nigeria. Within just 48 hours, the Taraba State Police Commissioner has temporarilyrelocated his office to Gembu on the Mambilla Plateaus, a Hausa-Fulani GOC of the Army has been moved to the Mambilla Plateau and army battalions have moved in. At the same time, a military surveillance helicopter has been dispatched to the Mambilla Plateau and is hovering over the plateau to protect the Fulanis. This is in sharp contrast to the army’s refusal to respond to calls for intervention in the mass murders perpetrated by the Fulani herdsmen against the defenceless people of Takum, Ussa, Lau, Donga, Bali, and Yorro Local Government areas in Taraba State. Similarly, the genocide committed against thevillagers in Agatu in Benue State, Southern Kaduna, Kogi, Ekiti, and DeltaStates, etc NEVER attracted the army’s response despite the nationwide outcry.The security forces have never been drafted in the swift manner we now see in the crisis on the Mambilla Plateau.  We suspect that this is a plot to annihilate the people of the area using security forces, as their entry into the area is in swift response to the Fulani call.  Why did the army not take swift action in the long assault and killing of people in Agatu and all other places mentioned above? Are those killed in those places not human beings? This is baffling outright!
2. We call on the security agencies to immediately end the selective and arbitrary arrests and protection of individuals and particular groups in the ongoing crisis. In the first place, they were used by certain persons to spark off the current crisis and must do all it takes to restore the people’s confidence in their intervention.
3. The Taraba State Government should expand the scope of inquiry of the just-constituted Justice Nuhu Adi Judicial Commission of Inquiry into the land crisis on the Mambilla Plateau to include investigation of the remote and immediate causes of the latest outbreak of communal crisis in Nguroje Constituency, the persons instigating it, and to recommend appropriate punishment for those found wanting.
4. Finally, we appeal to the people of the Mambilla Plateau to be patient and embrace peace for the overall development of the Mambilla Plateau and Taraba State at large.
FOR AND ON BEHALF OF SARDAUNA L.G STAKEHOLDERS