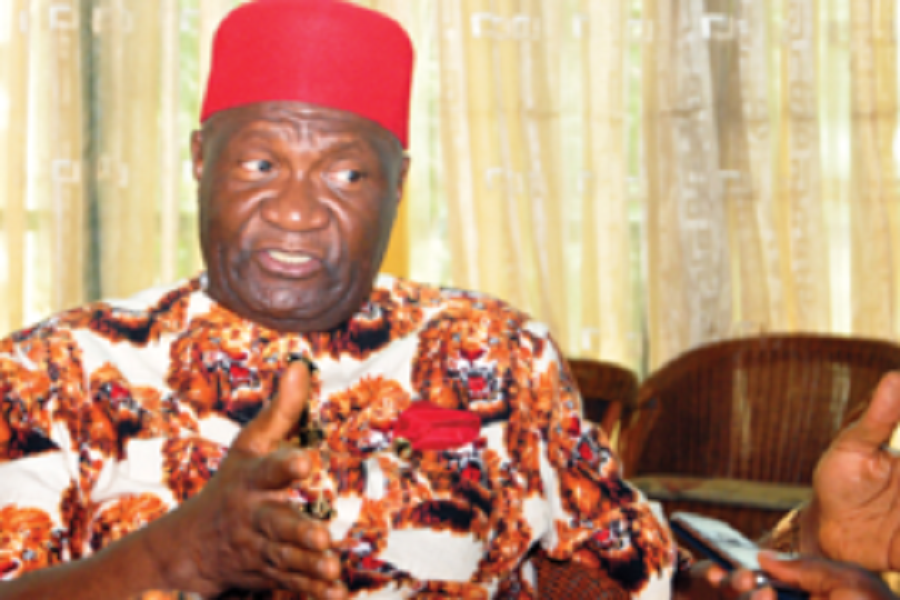 Advertisement
Ohanaeze Press Release
….Wants the Acting President to rise to the Challenge
The President General of Ndigbo apex body, the Ohanaeze, Chief John Nnia Nwodo has said that the continued agitation of Igbo youths across the country is a byproduct of persistent injustice and marginalization arising from bad leadership and unjust structure of the country’s polity.
Chief Nwodo who spoke as guest at the Channels talkshow program, the Sunrise on Monday said that the various restiveness across the country is an indication of an unworkable political system that should be revisited.
The Ohanaeze boss who bemoaned the rising hate against Ndigbo in the country,  rolled out list of some Igbo citizens murdered and whose goods worth millions of Naira were looted across the country without any reasonable response from government.
He said that the current structure of the country is not tuned for development and wondered why the Conference of 2014 is not being revisited.
When asked why Ohanaeze did not oppose the sit- at -home order called by the Biafra agitators, Chief Nwodo said it couldn’t have since they were not by sitting at home, violating any known Nigeria law in mourning their over 3m kith and kins who died during the war with half of them dying of hunger and starvation.
On the position of Ohanaeze on the Biafra agitation, Chief Nwodo said that the apex body has not endorsed the secession struggle but cannot stop the agitators more so when the issues that compelled them remain unattended to.
The Ohanaeze leader said that what Ndigbo want is a Nigeria of equal ownership not where some see the country as their empire and the rest as a conquered territory.
He described as unfortunate the conspicuous absence of the President at this time that calls for astute leadership for the country and advised the Acting President to rise up to the challenge and make some consultations on how to move this country forward.
Ohanaeze boss remarked that nothing can be more evident of bad leadership in the country than that after the lawless statement from Arewa youths that was greeted with wide condemnation from reasonable minds in the North, Middle belt, South West and South South, no arrest has so far been made, rather the people are daring the authorities.
Chief Nwodo described as worrisome the fact that after such grave utterance from the northern youths, that touched on national security, the Federal government is yet to act, the Inspector General who called his Commissioners across the county to read a riot act, is yet to make any arrest.
On the conflicting statements from Ohanaeze Ndigbo on the issue, Chief Nwodo wondered why the media continues to publish utterances from other voices when he as President General with his cabinet has spoken on an issue.
Signed..
Chuks ibeagbu
Deputy Publicity Ohanaeze Ndigbo