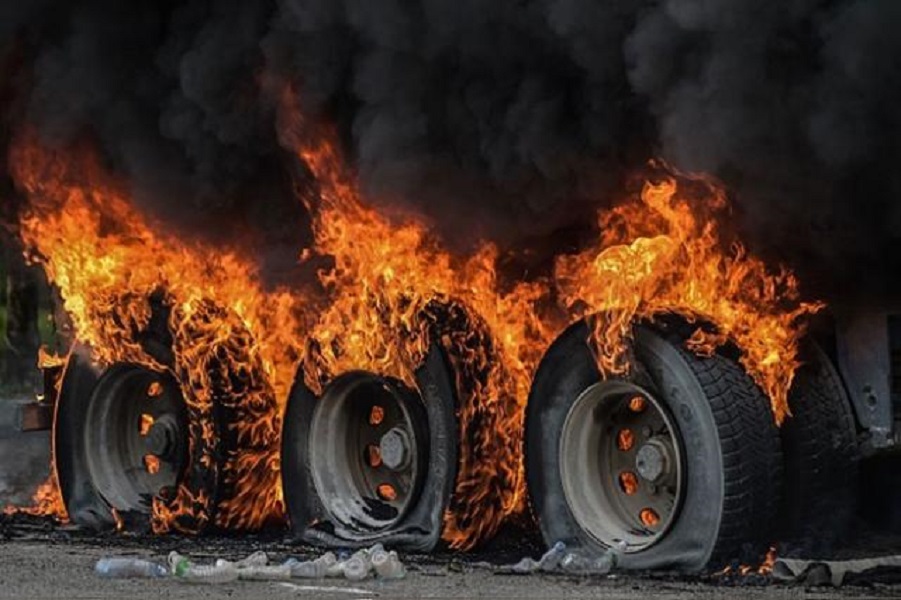 MULTAN, Pakistan (AP) — An overturned oil tanker burst into flames in Pakistan on Sunday, killing more than 120 people who had rushed to the scene of the highway accident to gather leaking fuel, an official said.

Rizwan Naseer, the head of the Punjab province’s rescue services, said 122 people were killed and another 76 were wounded, with many suffering serious burns.

The tanker flipped over on the national highway about 100 kilometers (60 miles) southwest of Multan. The tanker was driving from the southern port city of Karachi to Lahore, the Punjab provincial capital, when the driver lost control and crashed.

Nearby villagers ran toward the overturned tanker with jerry cans to take the leaking fuel, said Naseer. Police tried to cordon off the area but were overwhelmed by the scores of villagers who pushed through to reach the truck.

Eyewitnesses said about 30 motorcycles that had carried villagers to the accident site lay in charred ruins nearby. Eight other vehicles were destroyed, they said.

Many of the bodies were burned beyond recognition, said Naseer.

The disaster came on the eve of the Muslim holiday of Eid al-Fitr, which marks the end of the fasting month of Ramadan. While Saudi Arabia and most other Muslim countries celebrated the holiday Sunday, Pakistanis will celebrate on Monday.

Residents were told of the leaking fuel over a loudspeaker atop the local mosque, said Rana Mohammad Salim, deputy commissioner of Bahawalpur, near where the tanker overturned.

Salim said some of the seriously injured have been moved to Multan. The dead included men, women and children, he said.

Imran Shah, a spokesman for the highway police, told a local TV channel that police moved quickly to redirect traffic but couldn’t stop the scores of villagers who raced to collect the fuel.